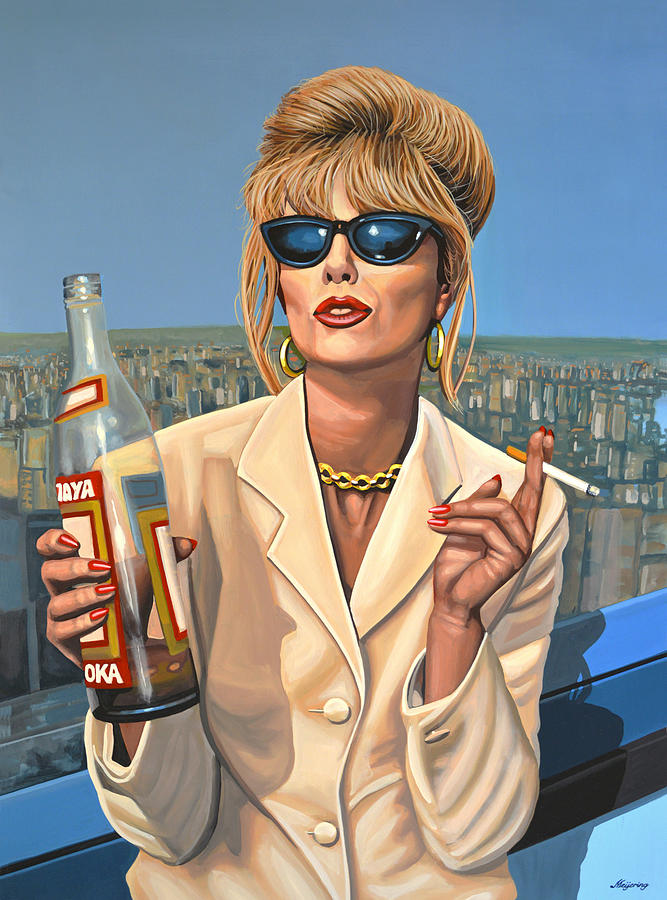 Joanna Lumley as Patsy Stone is a painting by Paul Meijering which was uploaded on March 19th, 2014.

Realistic acrylic painting of the British actress Joanna Lumley in her famous role as Patsy Stone in Absolutely Fabulous, painted by the Dutch fine... more

Realistic acrylic painting of the British actress Joanna Lumley in her famous role as Patsy Stone in Absolutely Fabulous, painted by the Dutch fine artist Paul Meijering - The Original painting is 120 x 90 cm and for sale

Lumley is an advocate and human rights activist for Survival International and the Gurkha Justice Campaign. She supports charities and animal welfare groups such as Compassion in World Farming and Vegetarians' International Voice for Animals. She is also patron of the Farm Animal Sanctuary. Since 2012, Lumley has been planning, in collaboration with the designer Thomas Heatherwick, a controversial pedestrian "Garden Bridge" across the Thames in London.

nice and congrats for the sale!

OMG! I may have to have a copy of this one for myself! LOVE IT! Congrats!

Luv Joanna Lumley for many reasons and great painting of her, although I think she is much more gorgeous in her role of being herself! f/l

One of your peers nominated this image in the 1000 views Groups nominated images by your fellow artist in the Special Features #7 promotion discussion. Please visit and pass on the love to another artist.

This is Absolutly Fabulous! Pun definitely intended, wonderful artwork of her, loved the show and her character, your art just brings the Patsy up front and personal, and really shows her personality of that character ! Lf and Nominated In 1000 Views Group Discussion for Special Feature

Congratulations! Your fantastic art is featured in the FIVE STAR ARTIST group. LF.