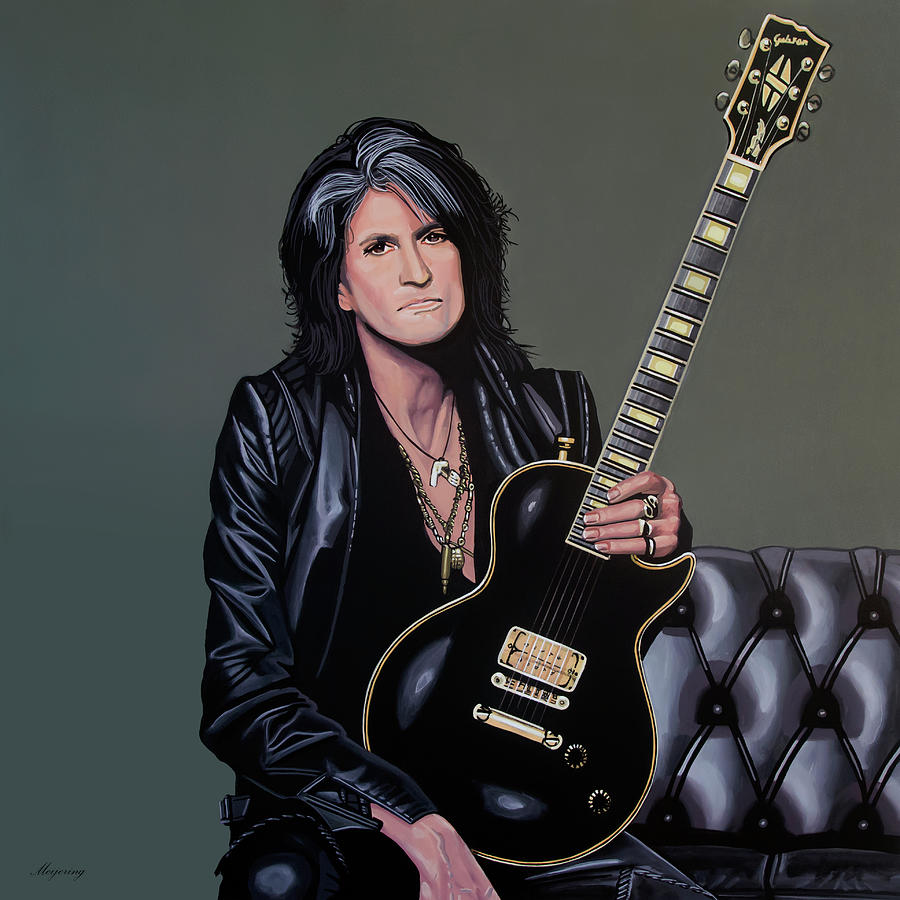 Joe Perry Of Aerosmith Painting is a painting by Paul Meijering which was uploaded on May 10th, 2017.

Realistic acrylic painting of Joe Perry of Aerosmith, painted by the Dutch fine artist Paul Meijering - the Original painting is 90 x 90 cm and for... more

Realistic acrylic painting of Joe Perry of Aerosmith, painted by the Dutch fine artist Paul Meijering - the Original painting is 90 x 90 cm and for sale

Anthony Joseph Pereira (born September 10, 1950), better known by his stage name Joe Perry, is the lead guitarist, backing and occasional lead vocalist, and contributing songwriter for the American rock band Aerosmith.
He was ranked 84th in Rolling Stone's list of The 100 Greatest Guitarists of All Time. In 2001, he was inducted into the Rock and Roll Hall of Fame as part of Aerosmith, and in 2013, Perry and his songwriting partner Steven Tyler were recipients of the ASCAP Founders Award and were also inducted into the Songwriters Hall of Fame. In October 2014, Simon & Schuster released Rocks: My Life In and Out of Aerosmith, written by Joe Perry with David Ritz.

Paul, it is a privilege to showcase your amazing work on the group's homepage of PEOPLE SITTING. Congratulations and thank you for sharing!

Congratulations! Your image has been featured on the ARt diSTricT Group Homepage.