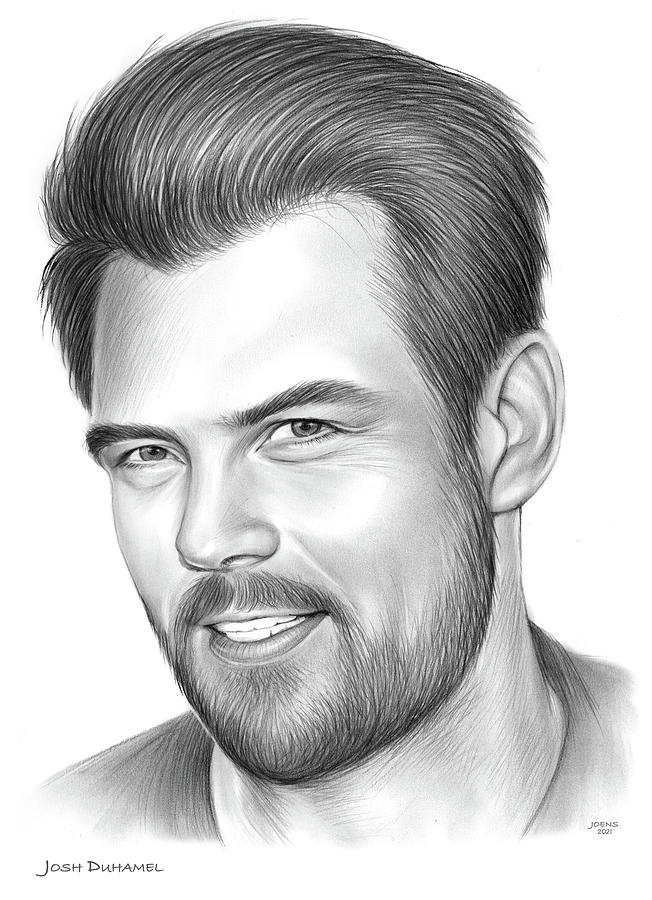 Josh Duhamel - pencil is a drawing by Greg Joens which was uploaded on May 12th, 2021.

Sketch of the Day:
Joshua Duhamel, born November 14, 1972.
Duhamel is an American actor and former fashion model. After various modeling work, he made his acting debut as Leo du Pres on the ABC daytime soap opera All My Children and later starred as Danny McCoy on NBC's Las Vegas.
Duhamel has ventured into film, appearing as one of the main protagonists in four of the Transformers films, most recently in the fifth entry, Transformers: The Last Knight (2017). He has also appeared in When in Rome (2010), Life as We Know It (2010), New Year's Eve (2011), Safe Haven (2013), and You're Not You (2014). In 2015, Duhamel co-starred on the short-lived CBS crime drama Battle Creek. He also starred in two video games, most notably Call of Duty: WWII (2017). In 2018, he appeared in the romantic comedy-drama film Love, Simon. Currently, Duhamel stars in the role of Sheldon Sampson in the Netflix superhero series Jupiter's Legacy.
Source: Wikipedia