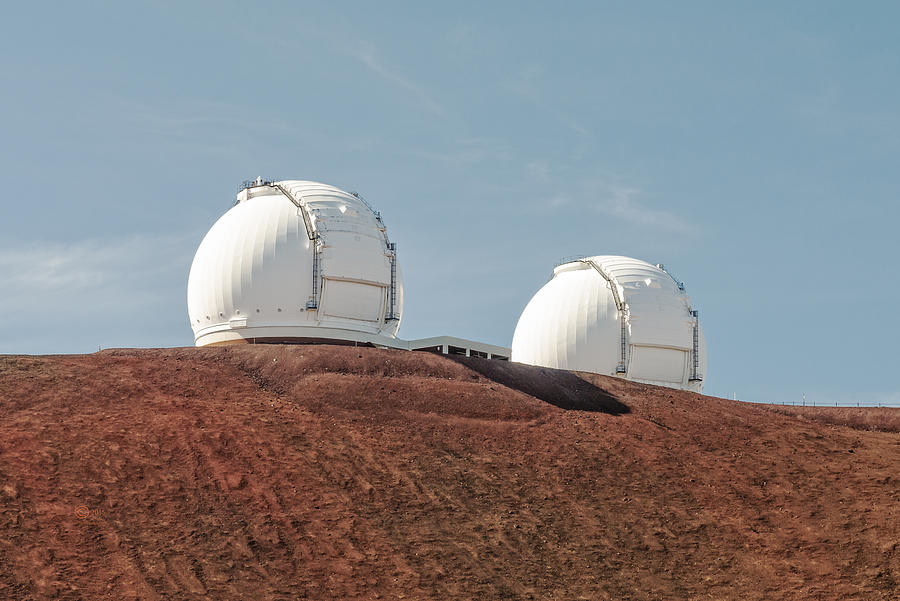 Keck 1 and Keck 2 is a photograph by Jim Thompson which was uploaded on July 5th, 2015.

From the summit of Hawaii's dormant Mauna Kea volcano, astronomers at the W. M. Keck Observatory probe the local and distant Universe with... more

From the summit of Hawaii's dormant Mauna Kea volcano, astronomers at the W. M. Keck Observatory probe the local and distant Universe with unprecedented power and precision.

The twin Keck telescopes are the world's largest optical and infrared telescopes. Each telescope stands eight stories tall, weighs 300 tons and operates with nanometer precision. The telescope's primary mirrors are 10 meters in diameter and are each composed of 36 hexagonal segments that work in concert as a single piece of reflective glass.

In the middle of the Pacific Ocean, Hawaii Island is surrounded by thousands of miles of thermally stable seas. The 13,796-foot Mauna Kea summit has no nearby mountain ranges to roil the upper atmosphere. Few city lights pollute Hawaiian night skies, and for most of the year, the atmosphere above Mauna Kea is clear, calm and dry.

Because of the large size of the 10-meter primary mirrors, the Keck telescopes offer the greatest potential sensitivity and clarity available in astronomy. Their performance, and the performance of all ground-based telescopes, is limited by the turbulence of the Earth's atmosphere, which distorts astronomical images. Astronomers have recently overcome the effect of atmospheric blurring using an established and fundamental technique called adaptive optics (AO).