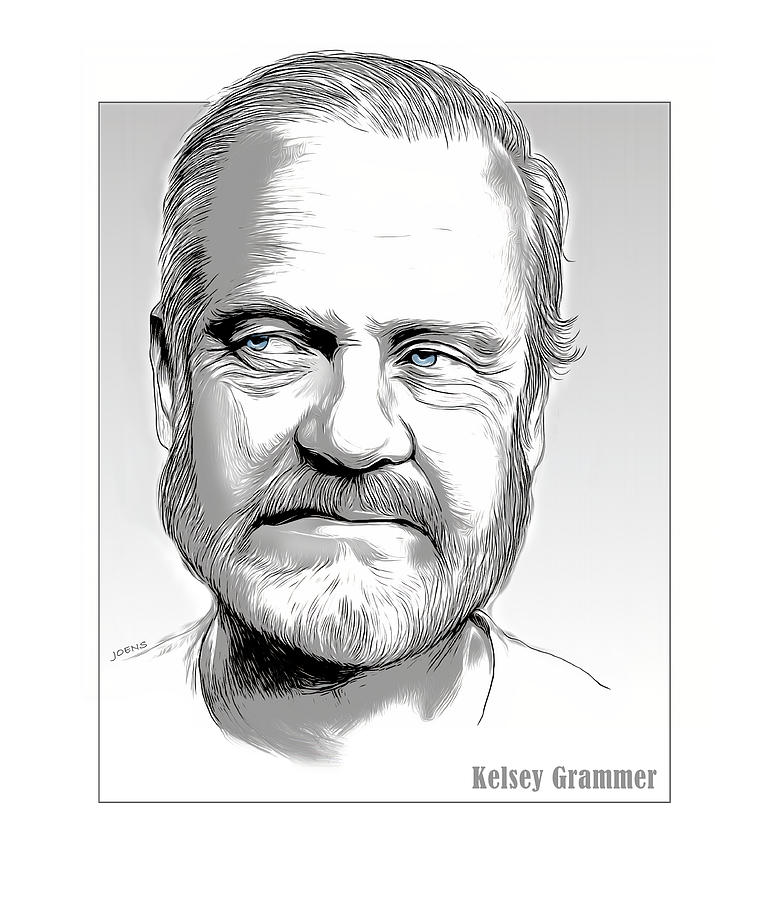 Kelsey is a drawing by Greg Joens which was uploaded on September 19th, 2021.

Allen Kelsey Grammer. (born February 21, 1955) is an American actor, producer, director and writer, best known for his two-decade-long portrayal of psychiatrist Dr. Frasier Crane on the NBC sitcom Cheers and its spin-off Frasier, for which he won four Primetime Emmy Awards and two Golden Globe Awards. He is also known for his performance in the political drama series Boss for which he won a Golden Globe Award, and the period drama series The Last Tycoon, as well as having a guest role as the voice of Sideshow Bob in The Simpsons, with additional voice roles in Anastasia (1997) and Toy Story 2 (1999). He has also appeared in various television shows such as 30 Rock, Modern Family, and Unbreakable Kimmy Schmidt. Source Wikipedia