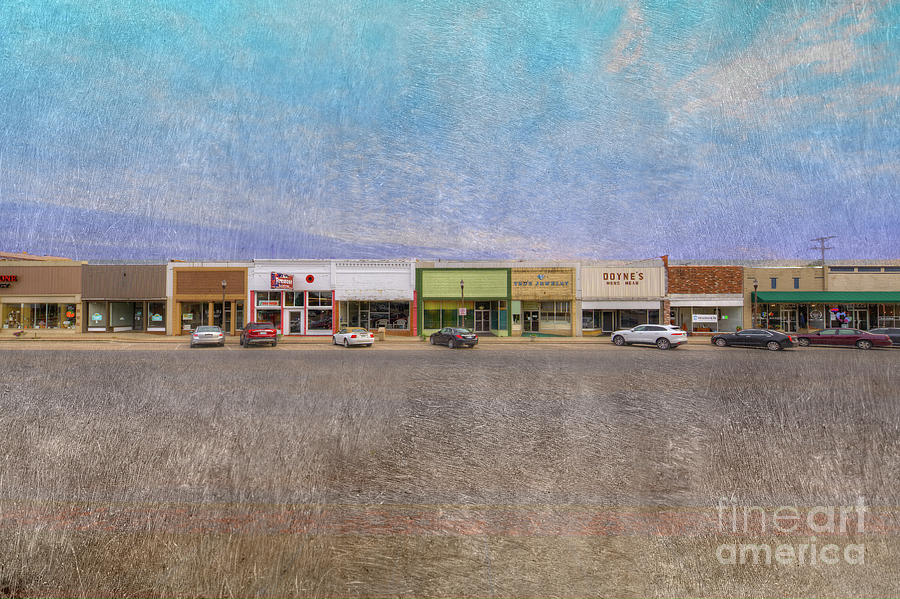 Kennett Missouri is a piece of digital artwork by Larry Braun which was uploaded on October 27th, 2018.

The county seat of Dunklin County in the central part of the county.

Laid out in 1846, near a village of the Delaware Indians, under the Chief Chilliticoux, by which name it was known until 1849. The citizens protested that the name was too long and too difficult to spell, and it was changed in 1848 by the state legislature to Butler, for F.C. Butler of New Madrid County, who helped select this as the site for the county seat.

In 1867 the name was again changed at the request of postal authorities, who felt that there was a chance for confusion of the mail for Butler and Butler County.

The new name selected was Kennett, for Luther Kennett, mayor of St. Louis. He had promoted the idea of railroads in Missouri, and in 1852 had cast the first shovel of earth for the Missouri Pacific Railroad so that he was a figure of great interest in this section where men realized the great need of railroads.