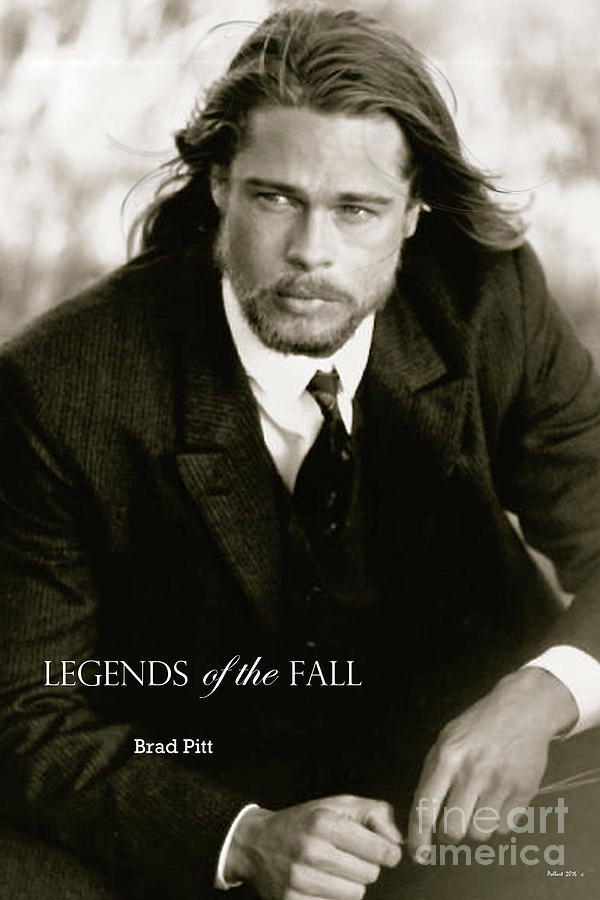 Legends Of The Fall, Brad Pitt is a mixed media by Thomas Pollart which was uploaded on May 13th, 2017.

Legends Of The Fall, Brad Pitt

Legends Of The Fall, Brad Pitt

Legends of the Fall, a 1994 American epic drama film directed by Edward Zwick and starring Brad Pitt, Anthony Hopkins, Aidan Quinn, Julia Ormond and Henry Thomas. Based on the 1979 novella of the same title by Jim Harrison, the film is about three brothers and their father living in the wilderness and plains of Montana in the early 20th century and how their lives are affected by nature, history, war and love. The film's time frame spans from World War I through the Prohibition era, ending with a brief scene set in 1963. The film was nominated for three Academy Awards and won for Best Cinematography (John Toll). Both the film and book contain occasional Cornish language terms, the Ludlows being a Cornish emigrant family.

Ohhhh my! That I were so old.....and married 44 years, I could definitely fall for this guy! Awesome work! FLPG