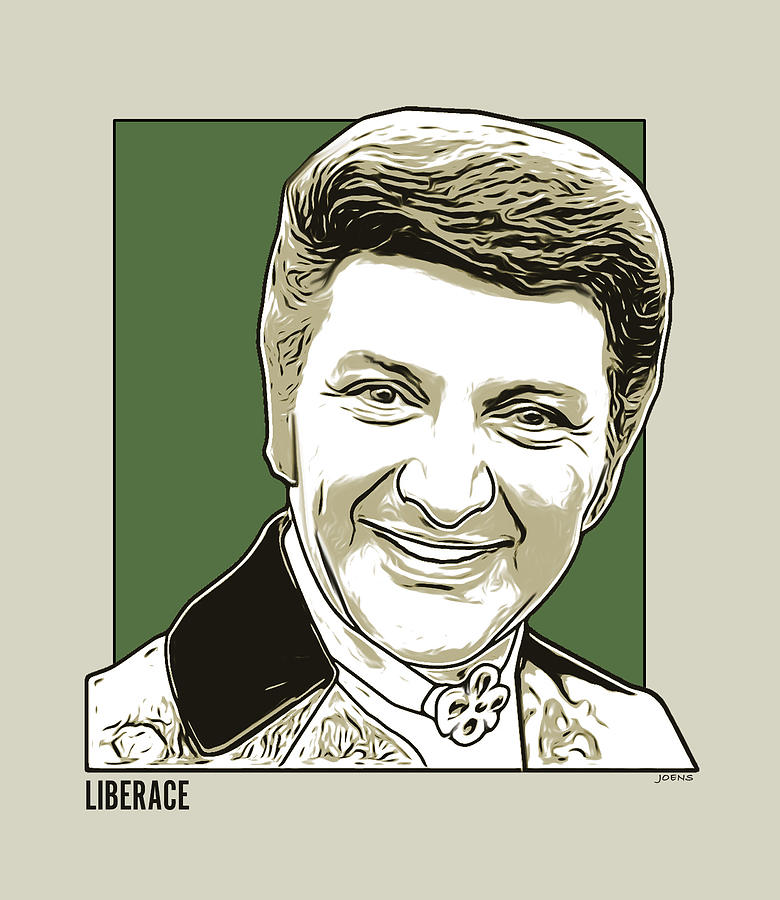 Liberace is a piece of digital artwork by Greg Joens which was uploaded on May 16th, 2021.

Liberace
May 16, 1919 – February 4, 1987
was an American pianist, singer, and actor. A child prodigy born in Wisconsin to parents of Italian and Polish origin, Liberace enjoyed a career spanning four decades of concerts, recordings, television, motion pictures, and endorsements. At the height of his fame from the 1950s to 1970s, Liberace was the highest-paid entertainer in the world with established concert residencies in Las Vegas and an international touring schedule. Liberace embraced a lifestyle of flamboyant excess both on and off stage, earning the nickname "Mr. Showmanship".
Source: Wikipedia