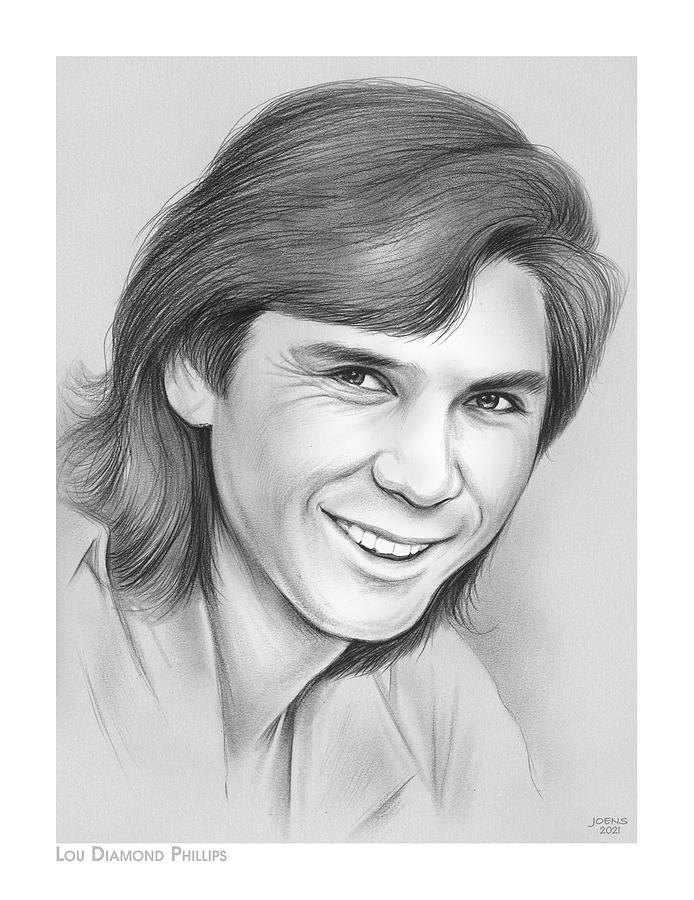 Lou Diamond Phillips - Pencil is a drawing by Greg Joens which was uploaded on February 15th, 2021.

Lou Diamond Phillips (born February 17, 1962) is a Filipino-American actor and film director. His breakthrough came when he starred as Ritchie... more

Lou Diamond Phillips (born February 17, 1962) is a Filipino-American actor and film director. His breakthrough came when he starred as Ritchie Valens in the biographical drama film La Bamba (1987). For the Academy Award–nominated Stand and Deliver (1988), Phillips was nominated for a Golden Globe Award and won an Independent Spirit Award.

Phillips made his Broadway debut with the 1996 revival of The King and I, earning a Tony Award nomination for his portrayal of King Mongkut of Siam. Phillips' other notable films include Stand and Deliver (1988), Young Guns (1988), Young Guns II (1990), Courage Under Fire (1996), The Big Hit (1998), Brokedown Palace (1999), Che (2008), and The 33 (2015). In the television series Longmire, he played a main character named Henry Standing Bear. He has played New York City Police Lieutenant Gil Arroyo on Prodigal Son since the series premiered on FOX in September 2019. Source: Wikipedia