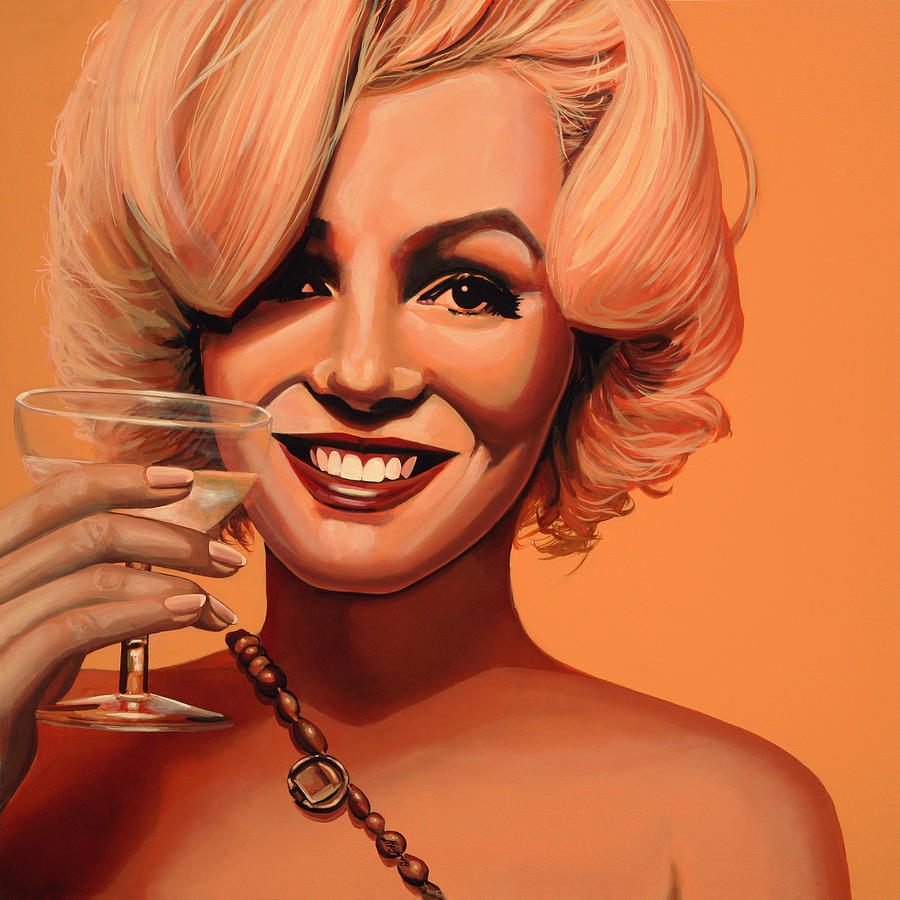 Marilyn Monroe 5 is a painting by Paul Meijering which was uploaded on April 8th, 2013.

Marilyn Monroe (born Norma Jeane Mortenson; June 1, 1926 - August 5, 1962) was an American actress and model. Famous for playing comic "dumb blonde" characters, she became one of the most popular sex symbols of the 1950s and was emblematic of the era's attitudes towards sexuality. Although she was a top-billed actress for only a decade, her films grossed $200 million by the time of her unexpected death in 1962. She continues to be considered a major popular culture icon.

Born and raised in Los Angeles, Monroe spent most of her childhood in foster homes and an orphanage and married at the age of sixteen. While working in a radioplane factory in 1944 as part of the war effort, she was introduced to a photographer from the First Motion Picture Unit and began a successful pin-up modeling career. The work led to short-lived film contracts with Twentieth Century-Fox (1946-1947) and Columbia Pictures (1948). After a series of minor film roles, she signed a new contract with Fox in 1951. Over the next two years, she became a popular actress with roles in several comedies, including As Young as You Feel and Monkey Business, and in the dramas Clash by Night and Don't Bother to Knock. Monroe faced a scandal when it was revealed that she had posed for nude photos before becoming a star, but rather than damaging her career, the story resulted in increased interest in her films.

Thank you very much, Daniel, for your warm welcome to your group and your lovely compliments!!;-))...

This Marilyn was picked to feature in She Has Style group because she's so unique & stunning! L

Thank you so much, P J, for the feature and your kind words!;-)