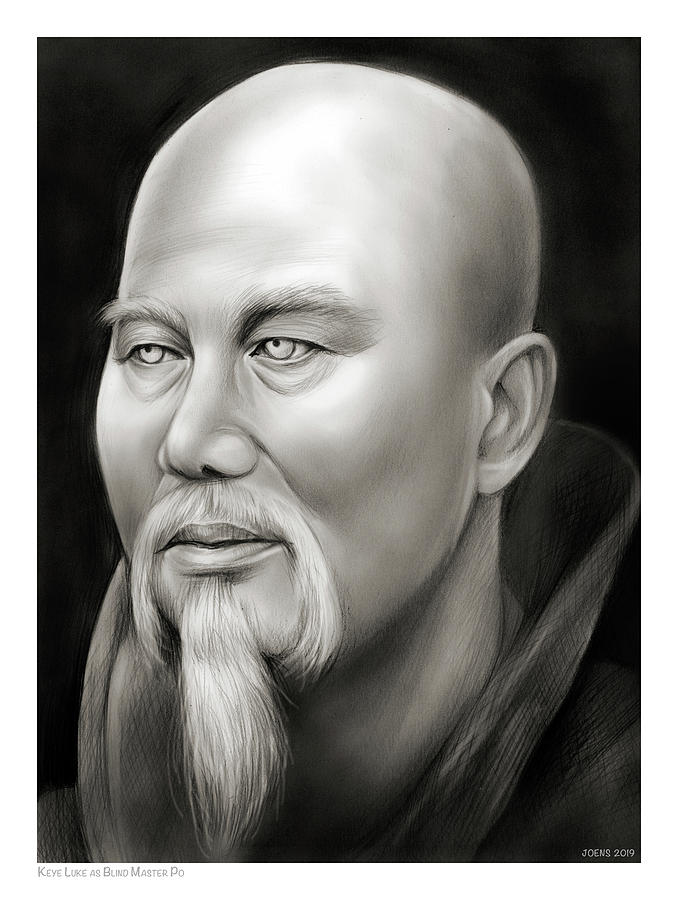 Master Po is a drawing by Greg Joens which was uploaded on November 3rd, 2019.

Keye Luke (June 18, 1904 – January 12, 1991) was a Chinese-born American film and television actor, technical advisor and artist and a founding member of the Screen Actors Guild. He was known for playing Lee Chan, the "Number One Son" in the Charlie Chan films, the original Kato in the 1939–1941 Green Hornet film serials, Brak in the 1960s Space Ghost cartoons, Master Po in the television series Kung Fu, and Mr. Wing in the Gremlins films. He was the first Chinese-American contract player signed by RKO, Universal Pictures and Metro-Goldwyn-Mayer and was one of the most prominent Asian actors of American cinema in the mid-twentieth century.
Source Wikipedia