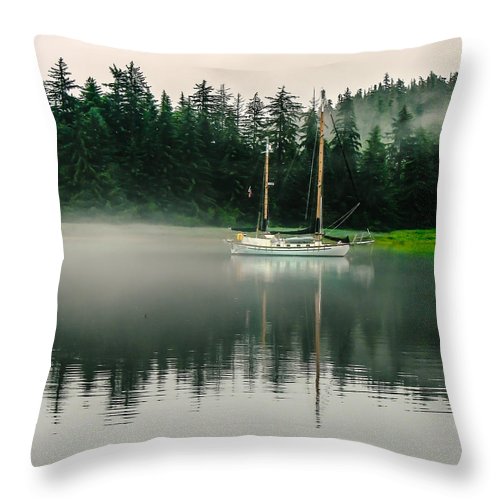 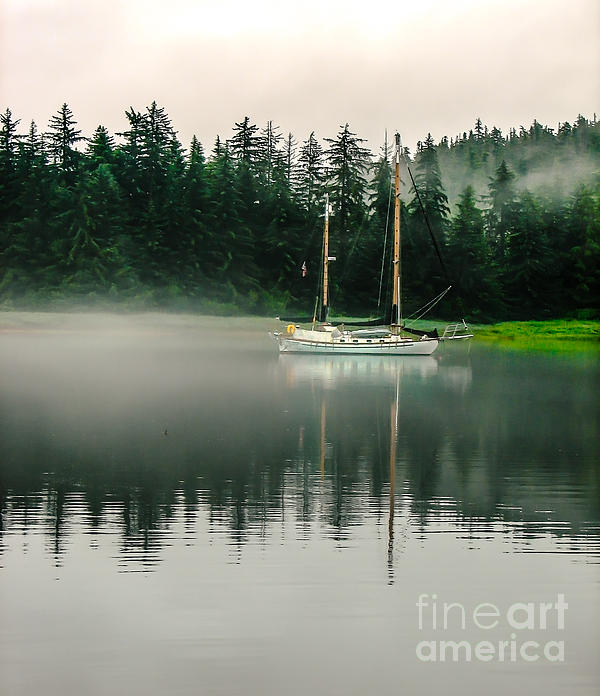 Our throw pillows are made from 100% spun polyester poplin fabric and add a stylish statement to any room. Pillows are available in sizes from 14" x 14" up to 26" x 26". Each pillow is printed on both sides (same image) and includes a concealed zipper and removable insert (if selected) for easy cleaning.

This is gorgeous Robert! L/F

Thanks, Graham for the nice feature, comment, invite and the promotion!!,

Marvelous mood of the light and composition. LF

Thanks Sunil for the nice comments and the LF!!

Thanks Johanna for the nice comment and the LF!!

Spectacular capture, Robert!!! This takes my breath away! What a beautiful place and moment! L/F/T/G+

Thanks so much Hanne for the great review along with the LFTG !!

The fog sure helps on this one and thanks for the nice comments and the FAV Karen!!

I also love to take photos in the fog and thanks for the nice comment!!

Beautiful shot. love the fog and the reflection. l/v Jerry

I always love a little fog and thanks for the nice review!!

thank you for your L!

An awesome shot with some wonderful mood Robert.. fv

Thanks Nick for the f/v and the comment on the mood!!

Beautiful image, like morning fog and reflections in the water! f/v

Thanks Oksana for the f/v and great comment on the fog!!

Thanks for the v/ Karen and the great comments!!

Stunning image, Robert! Love the morning fog and the reflection in the water. :-) F/V12

Thanks Hazel for the f/v and I think the morning light and a little fog always helps to make an interesting photo!!

Thanks John for the great comment and the V!

Thanks David the fog sure helps to created a different effect. I would also like to thank you for the f/v!

Gorgeous, serene capture with the mist rising from the water and the green of the wood contrasting with the white sailboat. vf

Thanks Mary for the wonderful review and the f/v!

Thanks Nadine and Bob for the wonderful support by adding the Morning Fogl to your feature page!

Thanks Lenore for using the Morning Fog in your group!

The pattern of this pillow was very cute, but I explicitly ordered a 14" by 14" pillow, and what I got was one that was 12" by 12". Inasmuch as I would have had to pay the shipping costs of sending the item back, I opted to throw it out. The ultimate irony was that the return address listed on Fine Art America's website was 10 minutes from my home, but customer service said that I could not drop the package off because it was a PO box, not a storefront. That's odd -- I mean, if the post office can pick stuff up from that address, why could I not drop stuff off? A total waste of time and money. Will not buy from this website again.

I am enjoying having this small size throw pillow with the Light in the Darkness White art design on it. It is a good accent piece and the artwork has received numerous comments on my fineartamerica.com pages. It arrived in a imely manner. I think it is good to have some samples on hand of the various products offered by fineartamerica.com and pixels.com

I love this so much. It was the perfect cushion for my bed. Definitely my favorite of the 3 I bought ❤️

This is super cute. I have this on my clinch in my salon and it looks really pretty

A Schooner (pron.: /ˈsku��nər/) is a type of sailing vessel with fore-and-aft sails on two or more masts, the foremast being no taller than the rear mast(s). Such vessels were first used by the Dutch in the 16th or 17th century (but may not have been called that at the time - see etymology, below). Originally schooners were gaff-rigged, but modern schooners may be Bermuda-rigged. Schooners were further developed in North America from the early 18th century, and were more widely used in the United States than in any other country.[citation needed] The most common type of schooners, with two-masts, were popular in trades that required speed and windward ability, such as slaving, privateering, and blockade running. They were also traditional fishing boats, used for offshore fishing. They were favoured as pilot vessels, both in North America and in Northern Europe. In the Chesapeake Bay area several distinctive schooner types evolved, including the Baltimore clipper and the pungy.

I am a retired teacher, coach, and athletic director. While my wife, Judy, and I were teaching she had a photo studio, and I had a dark room where I did black and white and color. Some were for the studio while most of it was just a hobby. When we retired in 2000, we sold our house in Eastern Washington and moved onto our boat, Last Class, and our motorhome. We sold Last Class a few years ago and bought a small house in Yuma, Arizona and bought another one in Emmett Idaho. Now we spend the summers in Emmett and the winters in Yuma. Over our 50 years of marriage, we have always had an interest in photography and both of us enjoy taking the photos for this site. I am heading for Alaska on a two-month trip so I will be back in Emmett,...

All throw pillows ship from our production facility within 2 - 3 business days of your order.