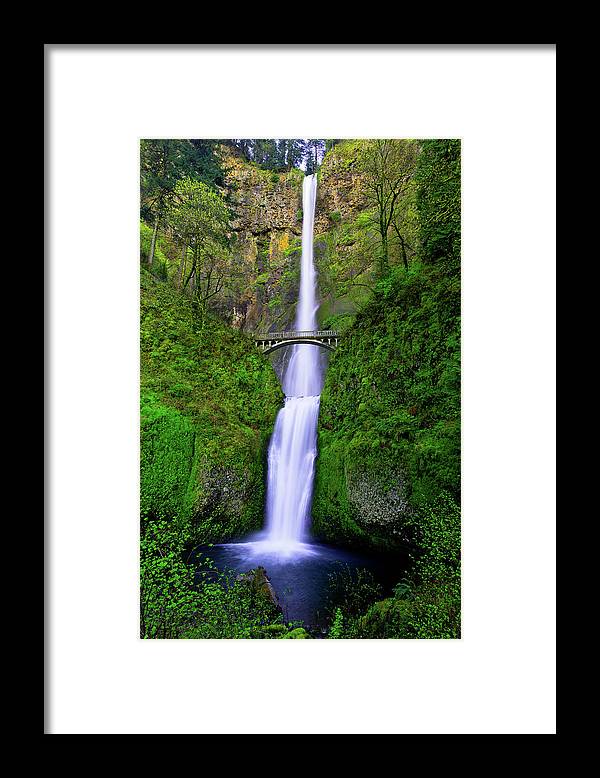 Multnomah Dream framed print by Chad Dutson.   Bring your print to life with hundreds of different frame and mat combinations. Our framed prints are assembled, packaged, and shipped by our expert framing staff and delivered "ready to hang" with pre-attached hanging wire, mounting hooks, and nails.

Congratulations on the Sale!!

Congratulations on your recent sale of a wonderful project

Congrats on Your Sale!!

Rock on Chad! Congratulations on your new $ale!

Congratulations on your sale of this beautiful image! l/f

Congrats, Chad, on the sale of this beautiful image.

Nice image. Congratulations on your sale!

Fantastic image.....Congrats on Your Sale!!!!

"Multnomah Dream" Multnomah Falls, Oregon, USA Along Oregon's historic Highway 30 is this feature, Multnomah Falls. As you enter the place, its dreamy mood immediately caught me, casting a fairy, magical feel to the mood. It was really like being in a dream. I stared and stared, soaking in its magnificence. Once I gained a grasp of its enormity, I setup for this shot. I blasted off a series of shots, wiping the lens from water between each one, hoping to catch the scene without any water sports. I was successful with this single exposure. This section of Multnomah Creek drops nearly 630 feet over two large drops and two smaller sections. The short hike up the trail takes you to Benson Bridge, which spans creek, adding to the mood. I captured a few more images, then meandered back down the trail, being the last visitor of the night to the spectacle, a special moment for me indeed. File info: 1304-4-1744 [2:3]

Alaska & Utah. Fine Art Prints, Workshops, & Presentations. Landscapes, Wildlife, & Portraiture. Nikon and Sony. Likely wandering somewhere. BLM-approved guide to Coyote Buttes, White Pocket, & Grand Staircase-Escalante. "I deeply admire nature and strive to capture the finest scenes possible. I spent all but three years of my life living in the West, providing me incredible opportunities to enhance the self-taught craft." "I have an insatiable desire to wander the wild, seeking solitude and serenity away from the bustle of city life. My deep passion for photography pushes me to extreme levels to capture 'the shot.' Hypothermia, scorpion stings, rattlesnake encounters, and lightning storms are the norm. After each excursion I share...