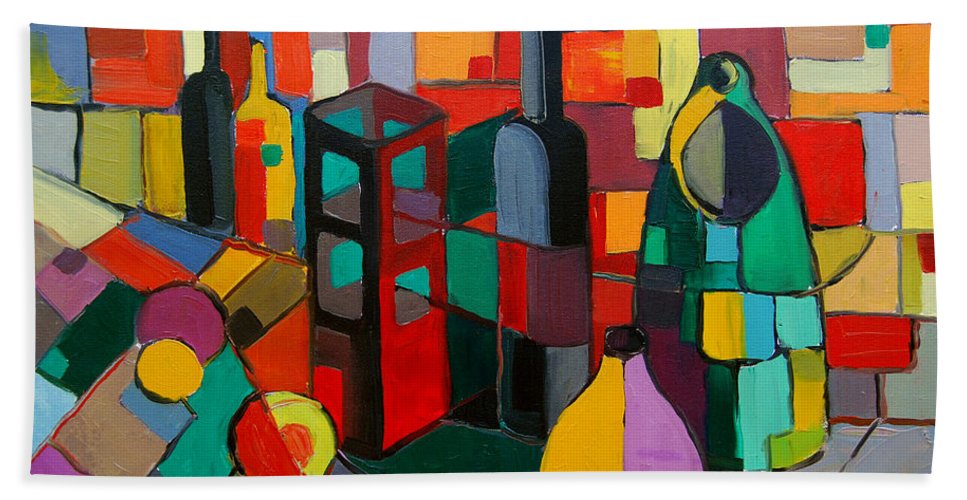 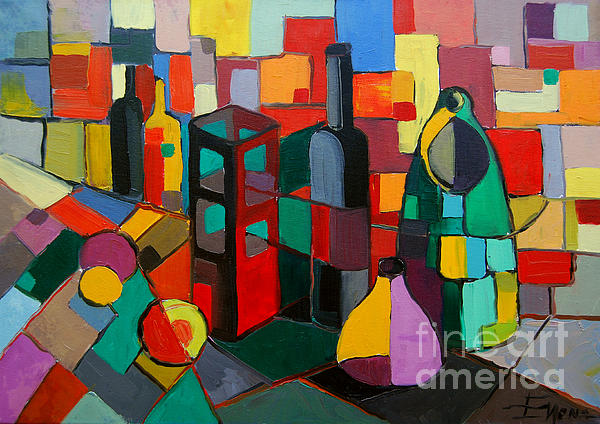 Our luxuriously soft beach towels are made from brushed microfiber with a 100% cotton back for extra absorption.   The top of the towel has the image printed on it, and the back is white cotton.   Our beach towels are available in two different sizes: beach towel (32" x 64") and beach sheet (37" x 74").

Don't let the fancy name confuse you... a beach sheet is just a large beach towel.

Thank you very much to the art collector from Atlanta, GA - United States for purchasing a beautiful 30 inch print of my painting.

Congratulations on your sale Mona!

Thanks a lot Anupam.

What a lush, wonderfully colorful, and imaginative painting, Emona!

Thank you very much Nick.

Thanks very much Rosita.

thank you a lot Anthony.

so much color! beautiful

thank you a lot Sanjeev.

Mona: From one Cubist to another...GREAT WORK!

Thanks a lot Anthony!

I love picking out the many items in this piece.And when you look again and again you see a new shape of something you missed.Great work!

Thank you so much Darlene!

Wow! This is so fantastic Emona! Love it! The colors, design & perspective are phenomenal! v/f

Thanks so much Genevieve!

Thank you so much, Karen!

Fantastic cubist image! wonderful color! and a feel of light and shadow...well done!....fav/v63

Thank you very much, Florin!

Thank you very much Cyril!

Thank you a lot Vilas.

Thanks very much Andrew.

I had to send it back. The towel had an off feel and was not good quality. So disappointed.

My towel is awful looking Not like the picture at All

I returned this item right after I received it. When will I see a credit to my account?

Wasnt exactly like the picture. Very poor quality. Material cheap and not very good to use as a towel

Original oil painting on canvas/19,6 x 27,5 x 0,6 Inches / made in 2008 Cubism is an early-20th-century avant-garde art movement pioneered by Georges Braque and Pablo Picasso, joined by Jean Metzinger, Albert Gleizes, Robert Delaunay, Henri Le Fauconnier, Fernand Léger and Juan Gris, that revolutionized European painting and sculpture, and inspired related movements in music, literature and architecture. Cubism has been considered the most influential art movement of the 20th century. The term is broadly used in association with a wide variety of art produced in Paris during the 1910s and extending through the 1920s. Variants such as Futurism and Constructivism developed in other countries. In Cubist artwork, objects are analyzed, broken up and reassembled in an abstracted form - instead of depicting objects from one viewpoint, the artist depicts the subject from a multitude of viewpoints to represent the subject in a greater context. (wikipedia)

I am a contemporary full time artist with a bachelor's degree in Architecture, living in Lyon, France. Most of my oeuvre focuses on the city subject and urban spaces with a predilection for the city abstract views and skylines. In addition, I enjoy applying and developing my skills through the exploration of other genres as florals, landscapes, figures, animals. I work predominantly in oils, but create also works in acrylic, watercolour, ink, pastel and charcoal. My style is modern impressionist, semi-abstract and in some cases with post-impressionist and expressionist influences. I am fascinated by the explosive textures and the intense chromatic that you can explore and reinvent by working the medium of oil painting. The palette...

All beach towels ship from our production facility within 1 - 2 business days of your order.