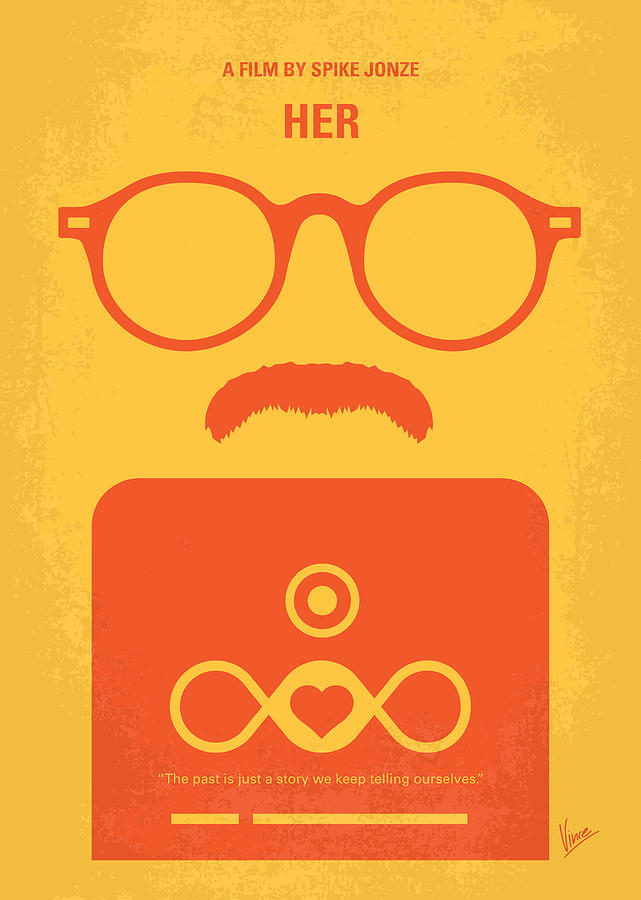 No372 My HER minimal movie poster is a piece of digital artwork by Chungkong Art which was uploaded on December 2nd, 2014.

No372 My HER minimal movie poster

A lonely writer develops an unlikely relationship with his newly purchased operating system that's designed to meet his every need.

No372 My HER minimal movie poster

A lonely writer develops an unlikely relationship with his newly purchased operating system that's designed to meet his every need.

Storyline
Theodore is a lonely man in the final stages of his divorce. When he's not working as a letter writer, his down time is spent playing video games and occasionally hanging out with friends. He decides to purchase the new OS1, which is advertised as the world's first artificially intelligent operating system, "It's not just an operating system, it's a consciousness," the ad states. Theodore quickly finds himself drawn in with Samantha, the voice behind his OS1. As they start spending time together they grow closer and closer and eventually find themselves in love. Having fallen in love with his OS, Theodore finds himself dealing with feelings of both great joy and doubt. As an OS, Samantha has powerful intelligence that she uses to help Theodore in ways others hadn't, but how does she help him deal with his inner conflict of being in love with an OS?

Another great piece!! Congratulations on your sale!