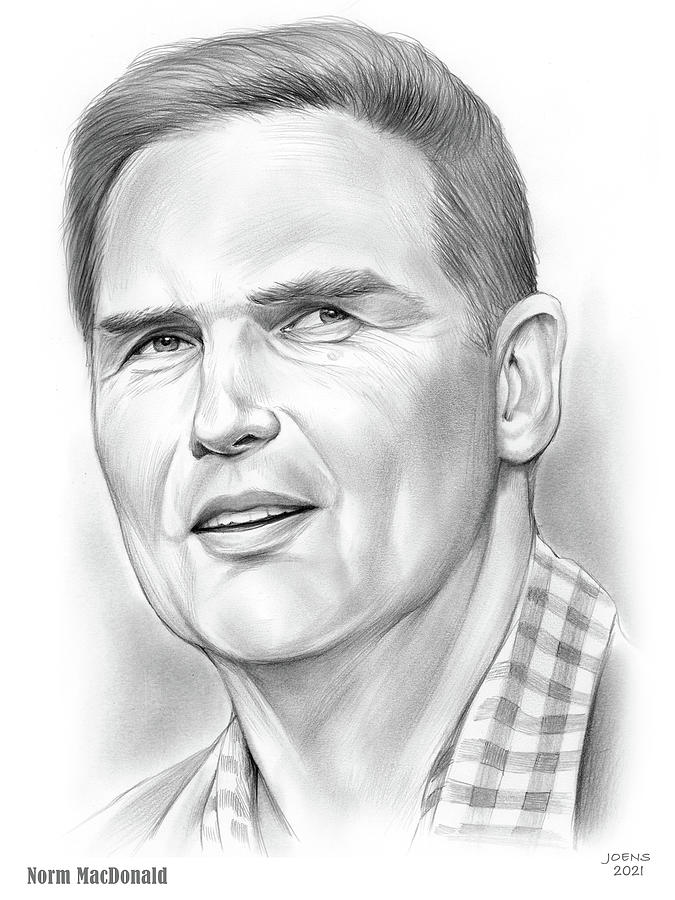 Norman - Pencil is a drawing by Greg Joens which was uploaded on September 15th, 2021.

Early in his career, he wrote for the sitcom Roseanne. Macdonald was then a cast member on Saturday Night Live (SNL) for five years, including anchoring the Weekend Update segment for three seasons,[1] during which time he also made guest appearances on shows such as The Drew Carey Show and NewsRadio. After leaving SNL, he starred in the 1998 film Dirty Work and in his own sitcom, The Norm Show, from 1999 to 2001.