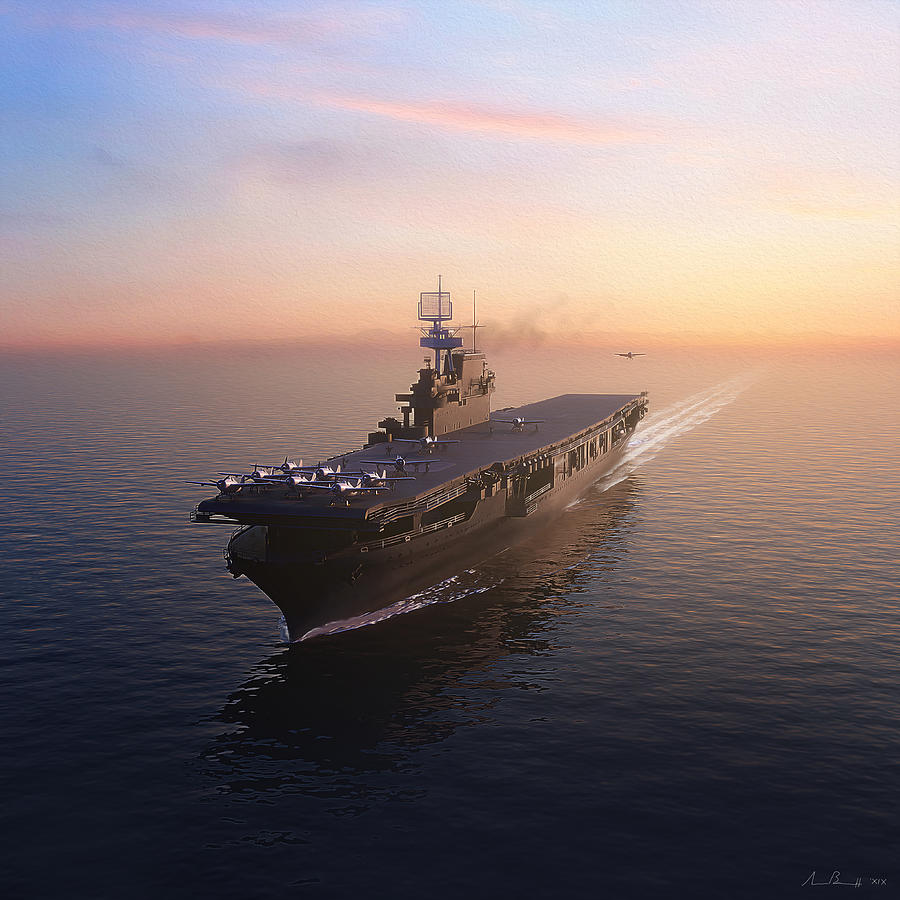 November '41 is a piece of digital artwork by Hangar B Productions which was uploaded on November 28th, 2019.

On November 28th, 1941, the USS Enterprise and her task force departed for Wake Island with a squadron of Marine F4F Wildcats.... more

by Hangar B Productions

On November 28th, 1941, the USS Enterprise and her task force departed for Wake Island with a squadron of Marine F4F Wildcats.

Pilots of VMF-211 assumed they would spend the morning practicing carrier landings before heading back to MCAS Ewa. Only after coming aboard did the Marines learn of their destination.

Taking the Marines under their protection, the crew of the Enterprise all pitched in to provide extra uniforms, toothbrushes, gunsights, ammunition and new sea blue camouflage for their Wildcats.

With one Marine F4F left back at Ewa with a bad starter (The frustrated pilot left was flown aboard later that morning aboard a VT-6 TBD Devastator), VF-6 "sold" one of their aircraft to the VMF-211, to bring their total back up to twelve.

In at least one case, an additional cargo was provided, with Wilmer Rawie of VF-6 provided an ilicit bottle of whiskey to his Pensacola classmate John Kinney.

VMF-211 received so much care and attention from the Enterprise crew, that their commander, Maj Paul Putnam wrote that he "felt like the fatted calf, getting groomed for whatever it is that happens to fatted calves, but it surely is nice while it lasts and the airplanes are pretty sleek and fat too"

More from Hangar B Productions