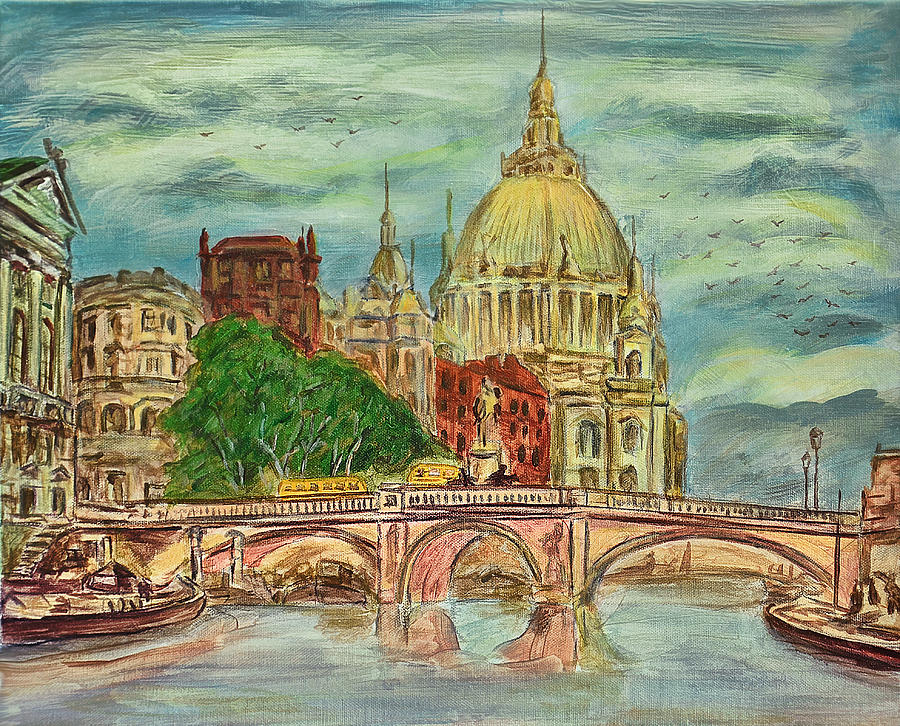 Old Berlin - Painting is a painting by Gynt Art which was uploaded on August 29th, 2013.

View of the old Berlin - Painting. Berlin is the capital city of Germany. Berlin was founded in the 12th century, and became the capital of the small... more

View of the old Berlin - Painting. Berlin is the capital city of Germany. Berlin was founded in the 12th century, and became the capital of the small country of Prussia. Prussia grew rapidly in the 18th and 19th century, and formed the basis of the German Empire in 1871. Berlin now became a major world city, known for it is leadership roles in science, the humanities, music, museums, higher education, government, diplomacy and military affairs. During World War II, it was virtually destroyed by bombing, artillery, and ferocious street-by-street fighting. It was split between the victors, and lost its world leadership roles. With the reunification of Germany in 1990, Berlin was restored as a capital and as a major world city.

I saw this in MOUSE group. I like your paintings Gynt.. thanks for all your support and features! FV

Congratulations your amazing artwork has been FEATURED in MOUSE!! Thanks for your great support and participation! MOUSE has created a new contest for Sept - INTENSE EMOTION. Please check it out and submit your best image meeting the criteria today. Cheers, Barbara F/V