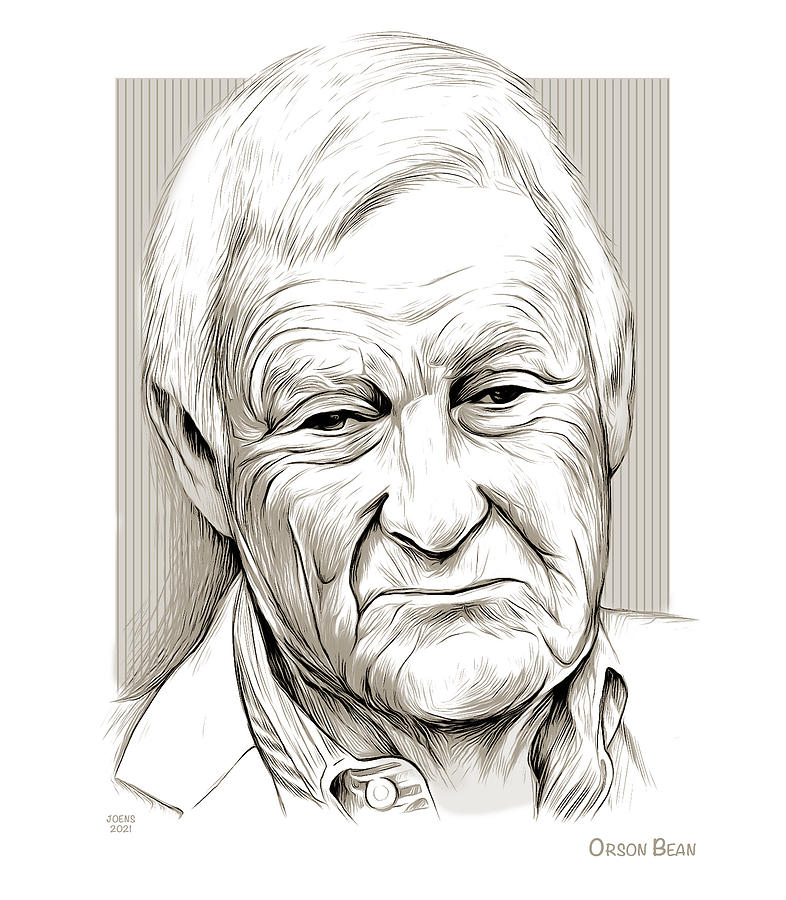 Orson Bean is a drawing by Greg Joens which was uploaded on September 10th, 2021.

Orson Bean (born Dallas Frederick Burrows; July 22, 1928 – February 7, 2020) was an American film, television, and stage actor, comedian, writer, and producer. He was a game show and talk show host and a "mainstay of Los Angeles’s small theater scene." He appeared frequently on several televised game shows from the 1960s through the 1980s and was a longtime panelist on the television game show To Tell the Truth. "A storyteller par excellence", he was a favorite of Johnny Carson, appearing on The Tonight Show more than 200 times.

In the 1960s, Bean remarked in an interview that he became known as a "neocelebrity who's famous for being famous" for his appearances as a panellist on television prime-time gameshows.