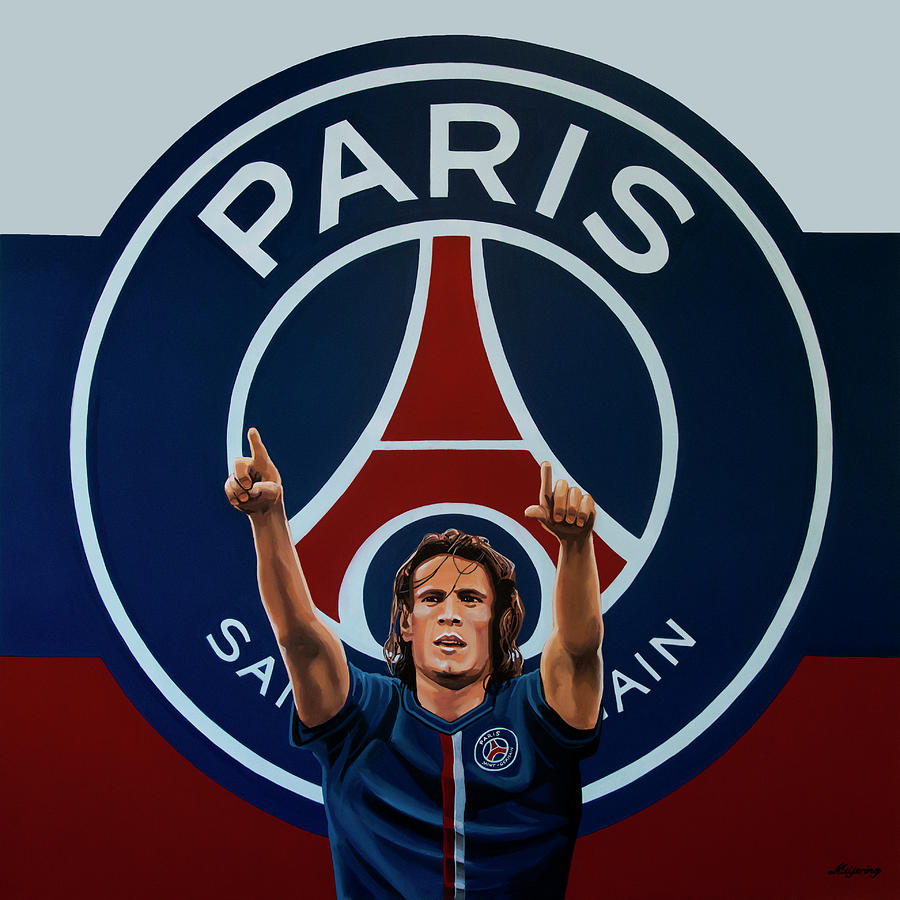 Paris Saint Germain Painting is a painting by Paul Meijering which was uploaded on June 21st, 2017.

Realistic acrylic painting of the French football club Paris Saint-Germain with Edinson Cavani, painted by the Dutch fine artist Paul Meijering - the Original painting is 90 x 90 cm and for sale

Paris Saint-Germain Football Club, commonly known as Paris Saint-Germain and familiarly as PSG or Paris SG, is a French sports club founded in 1970, and based in the city of Paris in France. The club is most notable for its professional football team, which plays in the highest tier of French football, the Ligue 1.

The Parc des Princes has been the home ground of Paris Saint-Germain since 1974. PSG is France's most successful football club in terms of trophies won, with 33. Domestically, the Parisians have won six Ligue 1 titles, a record eleven French Cups, a record seven French League Cups, six French Super Cups and one Ligue 2 title. In international club football, they have won one UEFA Cup Winners' Cup and one UEFA Intertoto Cup.

Paris SG is also the only club to have never been relegated from Ligue 1, one of only two French clubs to have won a major European title, and the most popular football club in France. Moreover, the Red-and-Blues have a long-standing rivalry with Olympique de Marseille. The duo contest French football's most notorious match, known as Le Classique.

Edinson Roberto Cavani Gómez (born 14 February 1987) is a Uruguayan professional footballer who plays as a striker for Ligue 1 club Paris Saint-Germain and the Uruguay national team. A quick, strong, opportunistic and prolific forward with good technique, Cavani has been described as a "modern striker". He is known for his ability to score impressive goals, both in the air and with his feet, and for his tireless work-rate; he is also an accurate set-piece taker. Although he primarily plays as a centre-forward, he is capable of playing in several offensive positions, and has also been deployed as a supporting striker or as a winger.