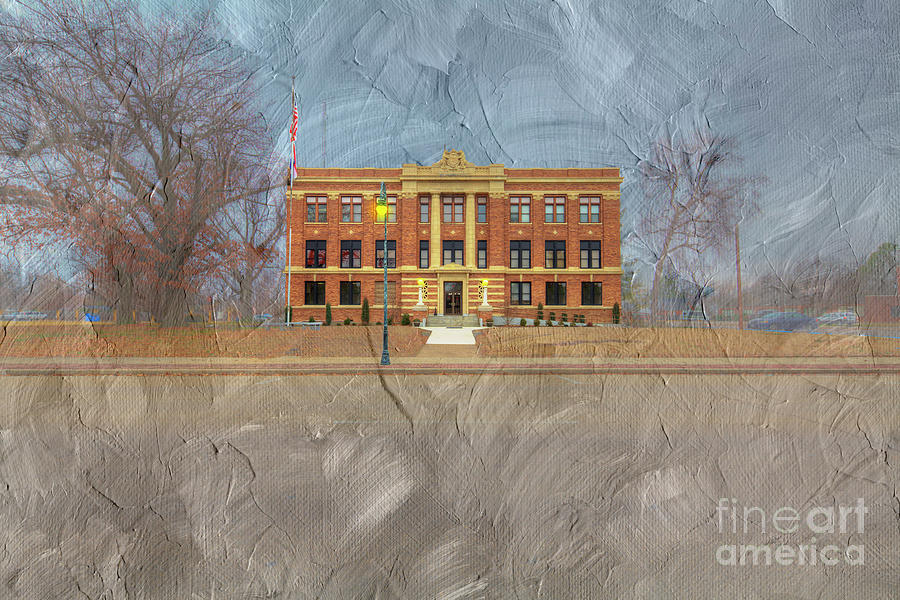 Pemiscot County is a piece of digital artwork by Larry Braun which was uploaded on January 14th, 2019.

Pemiscot County is a county located in the southeastern corner in the Bootheel in the state of Missouri, with the Mississippi River forming its eastern border. The largest city and county seat is Caruthersville. The county was officially organized on February 19, 1851,[3] and is named for the local bayou, taken from the Fox dialect word, pem-eskaw, meaning "liquid mud". This has been an area of cotton plantations and later other commodity crops.

In 1924, as preparation began for building the fifth and present courthouse. Caruthersville planned simultaneous construction of a school and courthouse to save money and assure close supervision of both projects by the architect, Henry H. Hohenschild. The building contract for the courthouse was given in June 1924 to McCarthy Construction Co. for about $114,000, less than the original estimate because prices had declined.

Cornerstone ceremonies for the stone-trimmed, brick courthouse took place on Sept. 30, 1924, and the building was completed in the fall of 1925. Scott County, just two counties north of Pemiscot, had built a similar design by Hohenschild in 1911. Both courthouses are fine examples of one of Missouri's most prolific architects.