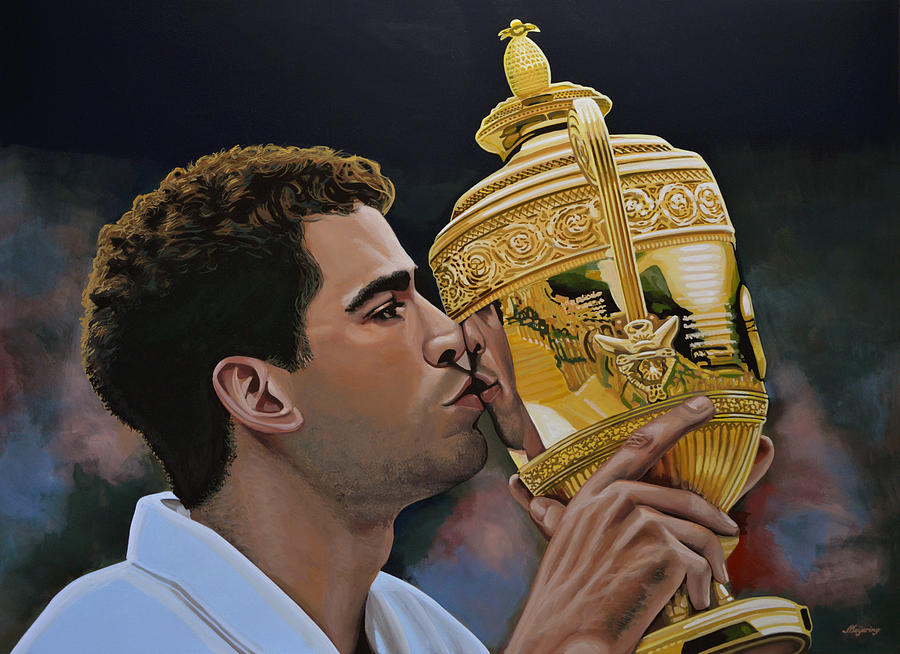 Pete Sampras is a painting by Paul Meijering which was uploaded on January 9th, 2014.

Petros "Pete" Sampras (born August 12, 1971) is a retired American tennis player and former world No. 1 widely regarded as one of the greatest in tennis history. He debuted on the professional tour in 1988 and finished his career at the 2002 US Open, which he won, defeating rival Andre Agassi in the final. He was particularly esteemed for his precise serve, earning the nickname "Pistol Pete".

Sampras became the first professional to break Roy Emerson's pre-Open Era record of 12 Grand Slam singles titles and retired with 14 titles (seven Wimbledon, five US Open, two Australian Open), though this is no longer the record. He also won seven elite indoor titles (five ATP World Tour Finals and two Grand Slam Cups) and still holds the ATP record of six year-end No. 1 rankings, which were in consecutive years from 1993 through 1998.

Thank you so much, Rebecca, for the feature and your dear compliments!;-))

Thank you so much for your compliments, Shawna!;-))