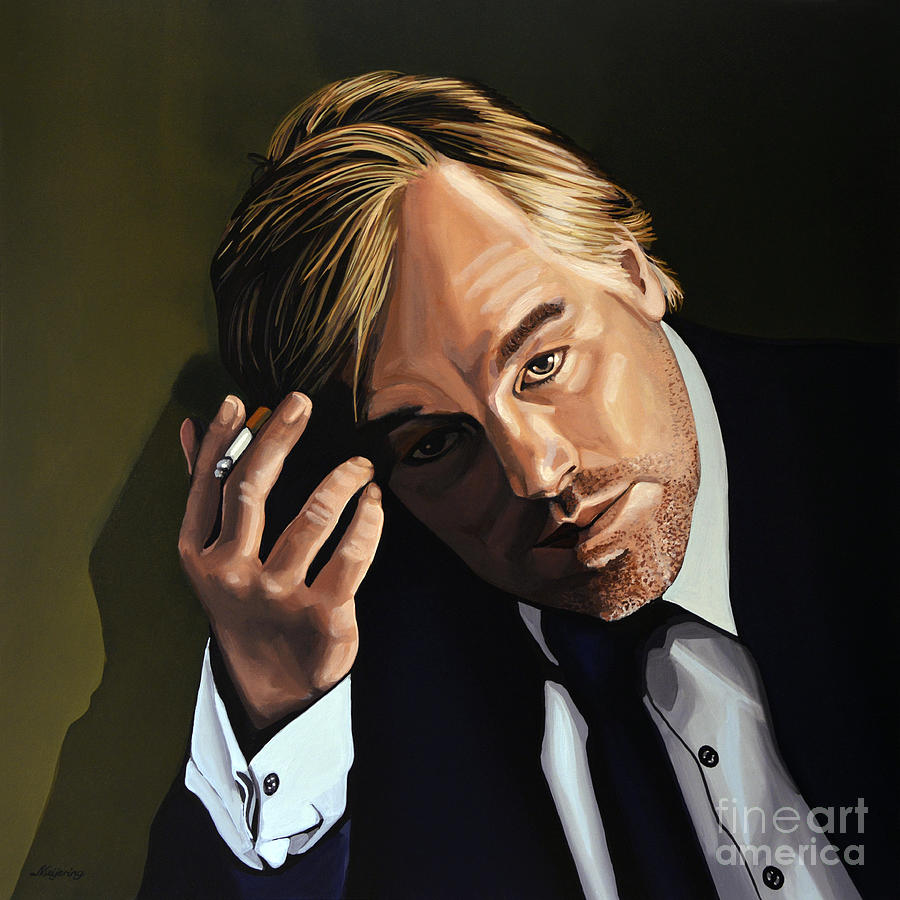 Philip Seymour Hoffman is a painting by Paul Meijering which was uploaded on July 30th, 2015.

Philip Seymour Hoffman (July 23, 1967 - February 2, 2014) was an American actor, director, and producer of film and theater. Best known for his distinctive supporting and character roles typically lowlifes, bullies, and misfits. Hoffman was a regular presence in films from the early 1990s until his death at age 46.

Drawn to theater as a teenager, Hoffman studied acting at New York University's Tisch School of the Arts. He began his screen career in a 1991 episode of Law & Order and started to appear in films in 1992. He gained recognition for his supporting work throughout the decade, notably in Boogie Nights (1997), Happiness (1998), The Big Lebowski (1998), Magnolia (1999), and The Talented Mr. Ripley (1999). He began to occasionally play leading roles, and for his portrayal of the author Truman Capote in Capote (2005), won multiple accolades including the Academy Award for Best Actor. Hoffman's profile continued to grow, and he received three more Oscar nominations for his supporting work as a brutally frank CIA officer in Charlie Wilson's War (2007), a priest accused of pedophilia in Doubt (2008), and the charismatic leader of a Scientology-type movement in The Master (2012).

Congratulations on your feature in Just Perfect. FL

Congratulations, your beautiful artistic work is Featured on the home page of the "Bedroom Art Gallery" group. 1/17/21 l/f/pin

Ah, thanks so much, Barbara!! Always welcome! Feel honoured!

Pedro, Thank you so much for the feature and your kind words!!;-)

Congratulations your beautiful work is being featured in The World We See Group :-)

Thank you so very much, Robyn, for the compliment, support and the feature in your wonderful group!!;-)...

Paul...this is excellent. Not only does it capture PSH looks, the striking contemplating pose is perfect. Glad you joined the group. Have a great day, keep creating your exquisite works!!! Cindy

Thank you so very much, Cindy, for your kind words and compliments!!... I'm honoured!