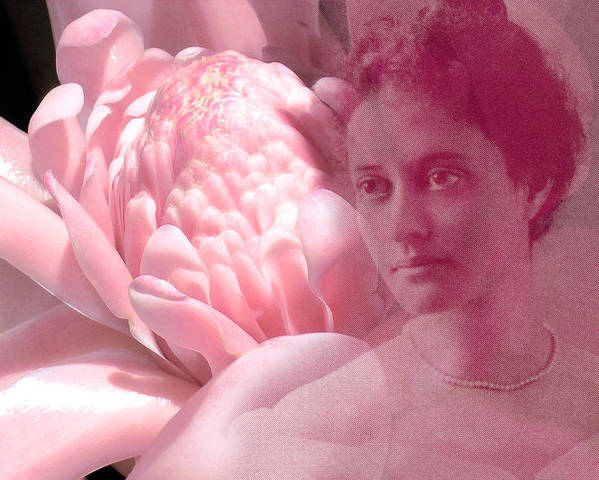 Princess Kaiulani poster by James Temple.   Our posters are produced on acid-free papers using archival inks to guarantee that they last a lifetime without fading or loss of color. All posters include a 1" white border around the image to allow for future framing and matting, if desired.

Princess Kaiulani was born on October 16, 1875 during the reign of Hawaiian King Kalakaua. When she was 13, the princess met poet Robert Louis... more

Revisitng this poignant piece James. Of all the monarchy, I would have loved to have met her and Liliuokalani. Aloha

She was such a beautiful princess. Thanks Heidi. James

A lovely tribute to a beautiful Hawaiian princess. Interesting info/history. You have a wonderful portfolio ... will look forward to browsing your work. L/tw/pin

The Princess Kaiulani is beautiful, this image should be a Feature, in the "Tropical Greeting Cards".

Thank you Maria, I added it to "Tropical Greeting Cards" as you suggested. James

Aloha Sunny, thanks for all of your comments.

So very lovely James! Such a perfect way to portray the Princess with her delicate beauty. Perfect and poignant description of her brief life. Aloha.

Thank you Heidi, she was a beautiful woman.

It is taking me awhile but I had to tell you James that I thought this was absolutely beautiful!! L/F/FB/P

Thank you Debra, she was a beautiful woman!

Thank you Fin, she was a beautiful princess.

This more you enlarge this photograph, the more it shimmers. I absolutely love it.

As expected and even better! Thanks to Fine Art America. O.C

Princess Kaiulani was born on October 16, 1875 during the reign of Hawaiian King Kalakaua. When she was 13, the princess met poet Robert Louis Stevenson, who had moved into the residence next door. The two became fast friends. When King Kalakaua died, Kaiulani was named heir apparent by his sister Liliuokalani, who became Hawaii's Queen. Alas, Queen Liliuokalani was eventually forced to abdicate her throne, and the monarchy was no more. Instead, Hawaii was about to be named a republic by U.S. President William McKinley. At 23, Kaiulani contracted a rare illness that took her life, March 6, 1899. In his writings, Robert Louis Stevenson endearingly recalled that Princess Victoria Kaiulani was "...more beautiful than the fairest flower." Tall, slim and beautiful, Princess Kaiulani captured the hearts of all who met her. This is a restored photograph of Princess Kaiulani, put together with a Hawaiian pink torch ginger flower.

I've lived in Hawaii since 2002, 1200 feet above sea level, on the small rural island of Moloka'i. It is very quiet here, with only about 7,400 residents. I appreciate the quiet life after spending 35 years as a commercial illustrator, senior art director and design director for major advertising agencies and design studios in Chicago, San Francisco and Palo Alto California. I've always loved cooking. In 2002 that love led me to a degree in the Culinary Arts just before moving to Hawaii. Since then I designed and built a house, worked in local restaurants, self-published three cookbooks, and took up photography as a hobby. Now retired, I spend most of my time developing recipes and photographing them, plus researching and writing...