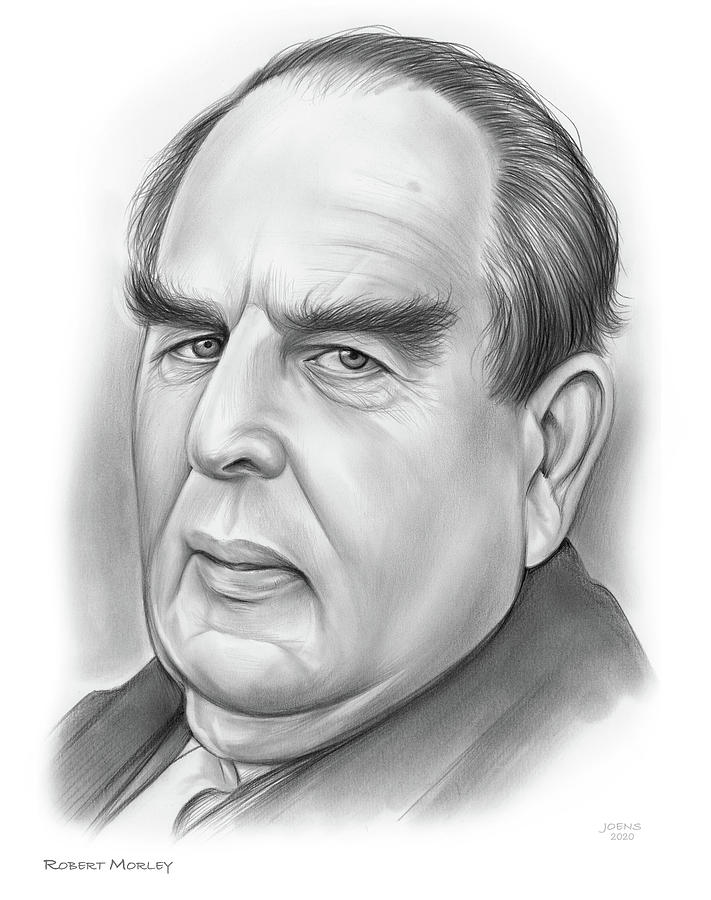 Robert Morley is a drawing by Greg Joens which was uploaded on August 21st, 2020.

Robert Adolph Wilton Morley, CBE (26 May 1908 – 3 June 1992) was an English actor who was usually cast as a pompous English gentleman representing the Establishment, often in supporting roles. In Movie Encyclopedia, film critic Leonard Maltin describes Morley as "recognisable by his ungainly bulk, bushy eyebrows, thick lips and double chin, ... particularly effective when cast as a pompous windbag." More politely, Ephraim Katz in his International Film Encyclopaedia describes Morley as "a rotund, triple-chinned, delightful character player of the British and American stage and screen." In his autobiography, Responsible Gentleman, Morley said his stage career started with managements valuing his appearance for playing "substantial gentleman" roles — as a doctor, lawyer, accountant or other professional member of society.