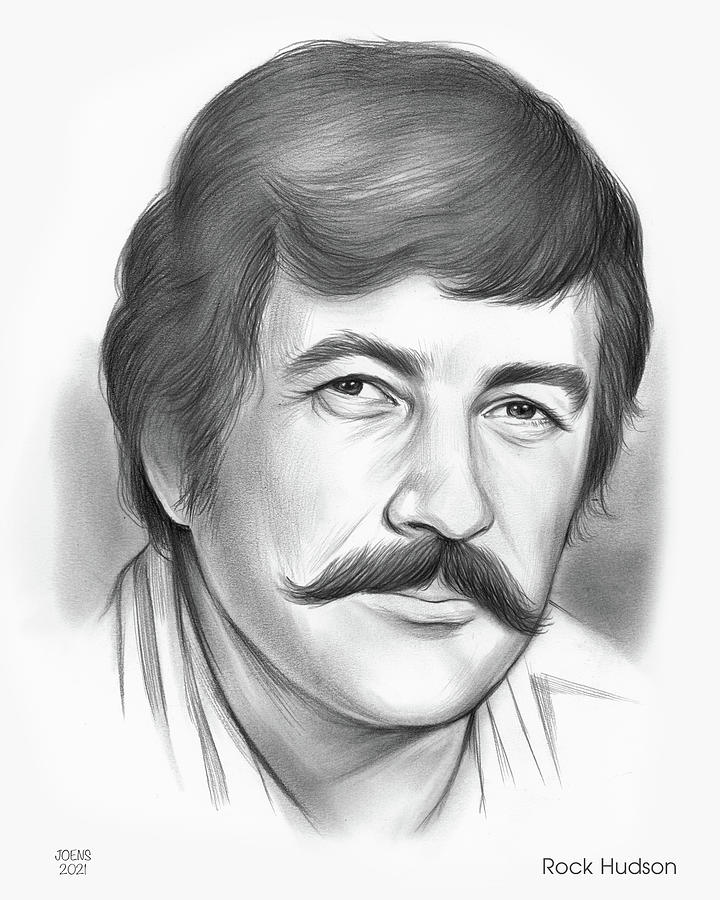 Rock - Pencil is a drawing by Greg Joens which was uploaded on December 6th, 2021.

Rock Hudson (born Roy Harold Scherer Jr.; November 17, 1925 – October 2, 1985) was an American actor. One of the most popular movie stars of his time, he had a screen career spanning more than three decades. A prominent heartthrob of the Golden Age of Hollywood, he achieved stardom with his role in Magnificent Obsession (1954), followed by All That Heaven Allows (1955), and Giant (1956), for which he received a nomination for the Academy Award for Best Actor. Hudson also found continued success with a string of romantic comedies co-starring Doris Day: Pillow Talk (1959), Lover Come Back (1961), and Send Me No Flowers (1964). During the late 1960s, his films included Seconds (1966), Tobruk (1967), and Ice Station Zebra (1968). Unhappy with the film scripts he was offered,[3] Hudson turned to television and was a hit, starring in the popular mystery series McMillan & Wife (1971–1977). His last role was as a guest star on the fifth season (1984–1985) of the primetime ABC soap opera Dynasty, until AIDS-related illness made it impossible for him to continue.