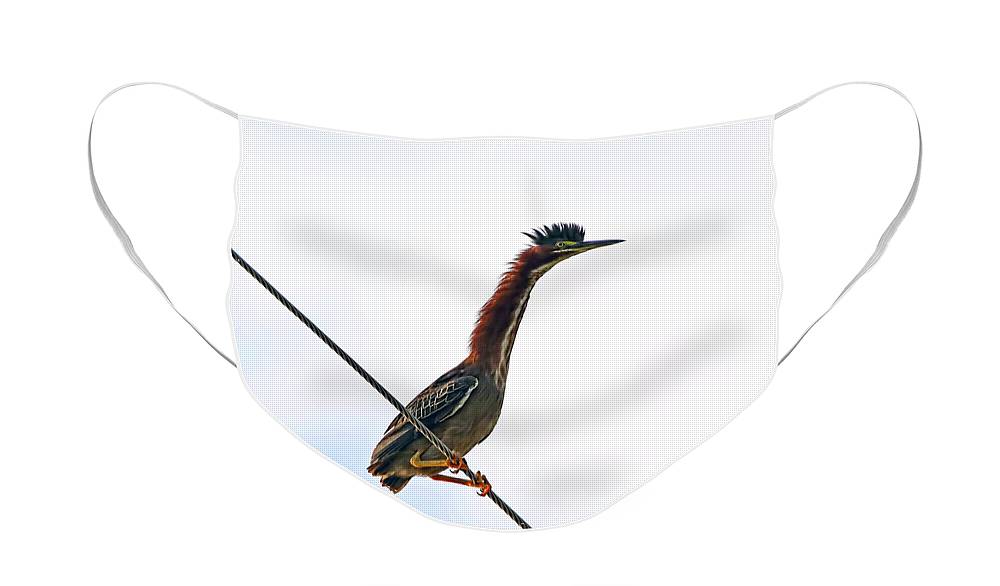 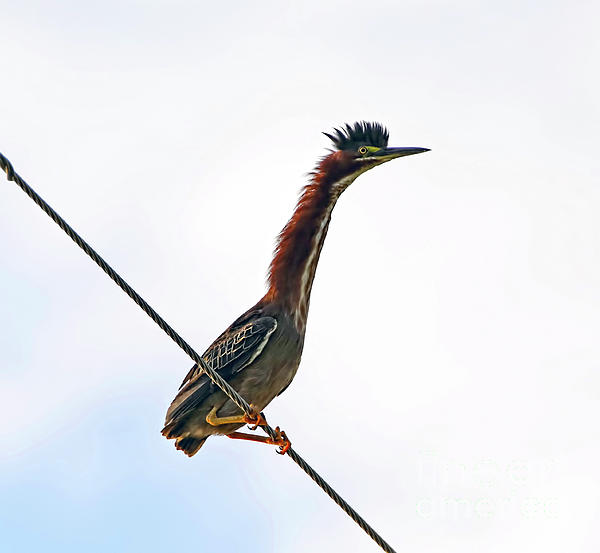 The Center for Disease Control has recommended the use of cloth face masks to help fight the spread of COVID-19.

This face mask is made from 100% polyester and includes two woven, elastic loops for a comfortable, one-size-fits-all fit.

Please note - this is NOT a surgical grade mask. It is not intended for any medical or commercial uses, whatsoever. It is a simple, cloth mask designed for everyday use to cover your mouth when out in public. The mask should not be used in any medical or surgical setting.

We make no warranties that the mask prevents infections or the transmission of viruses or diseases.

Incredible colors and detail in this excellent capture of a gorgeous Green Heron, Elizabeth! l/f

That's an image to make a person smile. LF

You have such fabulous detail on this bird, Elizabeth! Great image! l/f

Love this capture! This guy has a lot of personality. Gorgeous details. l/f

What a fantastic image of this generally hard to photograph heron. Wonderfully individualistic shot.

Wow, I never saw this heron before, beautiful colors ! l/f

What an excellent capture of a Green Heron! Superb timing, clarity and use of available light! Well done Elizabeth! (l/f/twt)

These are great to show your pride in the Corps. Semper Fi, Marines Vietnam Vet

These are great to show your pride in the Corps. Semper Fi, Marines Vietnam Vet

Unlike most herons, the Green Heron does not typically nest in large colonies The Green Heron has had some interesting colloquial names, including Fly-up-the-creek, Poke, Chalkline, Indian Hen, and Chucklehead Some Green Herons migrate, and some don't. Green Herons are year-round residents in most of the southern coastal parts of their range. Other birds migrate from their nesting grounds in the north a short distance south for the winter. They are considered to be mid-distance migrants. Green Herons are one of the few bird species known to use tools. They will bait for fish using things like bread, leaves, or feathers to try to lure in fish. here are several collective nouns used for herons. You might see a hedge of herons, a sedge of herons, or a siege of herons The Green Heron was chosen to be the official Bird of the Year 2015 by the American Birding Association Green Herons have a shaggy crest that can be raised at will by the bird

Thank you for visiting my galleries and for your interest in my work. If you should have any questions or comments please feel free to contact me. Fine Art America watermark will not appear on your purchased artwork. All of my photographs are copyrighted, and may not be reproduced, copied, edited, published, transmitted or uploaded in any way without my written permission.

All face masks ship from our production facility within 5 - 10 Business Days of your order.