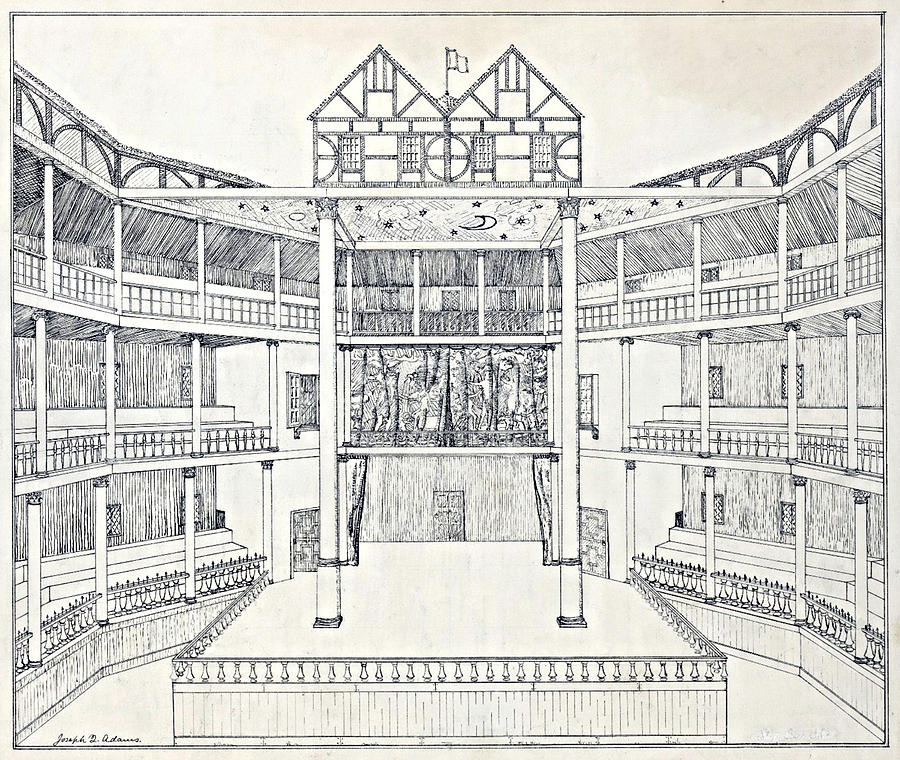 Shakespeares Globe Theatre is a photograph by Folger Shakespeare Library which was uploaded on February 7th, 2017.

Entitled "Shakespeare's Globe Theatre, reconstruction by Joseph Q. Adams, late 19th or early 20th century." The Globe was owned by actors who were also shareholders in Lord Chamberlain's Men. The Lord Chamberlain's Men was a playing company for whom Shakespeare wrote for most of his career. The Globe was built in 1599 using timber from an earlier theater, The Theatre, which had been built by Richard Burbage's father, James Burbage, in Shoreditch. The material was ferried over the Thames to reconstruct it as The Globe on some marshy gardens to the south of Maiden Lane, Southwark. On June 29, 1613 the Globe Theatre went up in flames during a performance of Henry VIII. A theatrical cannon, set off during the performance, misfired, igniting the wooden beams and thatching. It was rebuilt in the following year. Like all the other theaters in London, the Globe was closed down by the Puritans in 1642. It was pulled down in 1644, or slightly later. The Globe's actual dimensions are unknown, but its shape and size can be approximated from scholarly inquiry over the last two centuries. The evidence suggests that it was a three-story, open-air amphitheater approximately 100 feet in diameter that could house up to 3,000 spectators.