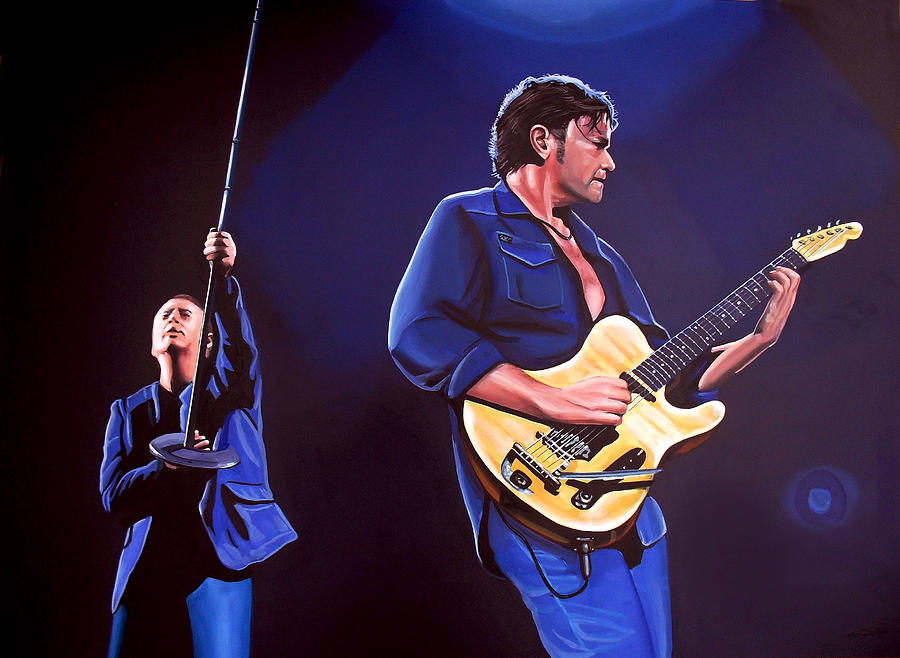 Simple Minds is a painting by Paul Meijering which was uploaded on May 13th, 2013.

Simple Minds are a Scottish rock band. They formed in Glasgow in 1977 and became the most commercially successful Scottish band of the 1980s. They achieved five UK number one albums during their career and have sold 30 million records worldwide to date. Despite various personnel changes, they continue to record and tour.
The band scored a string of hit singles, becoming best known internationally for their 1985 hit "Don't You (Forget About Me)" (UK #7, US #1, CAN #1), from the soundtrack of the film The Breakfast Club. Their other more prominent hits include "Alive and Kicking" (UK #7, US #3, CAN #3) and "Belfast Child" (UK #1, IRE #1, NLD #1). In 2016, they won the British Academy's Ivor Novello Award for Outstanding Song Collection.
The core of the band is the two remaining founding members - Jim Kerr (vocals, songwriting) and Charlie Burchill (guitars, keyboards after 1990, other instruments, songwriting). The other current band members are Andy Gillespie (keyboards), drummer Mel Gaynor (who first joined the band in 1982) and Ged Grimes (bass guitar). Former members include bass guitarist Derek Forbes, drummer Brian McGee, and keyboardist Mick MacNeil.

Very Beautiful images ✨ I followed you. If it's okay for you, can you follow me 😊

Congratulations, your work has been features in the group "Blue is the colour"

Thank you so much, Susanne! For the feature in your wonderful group!!;-))