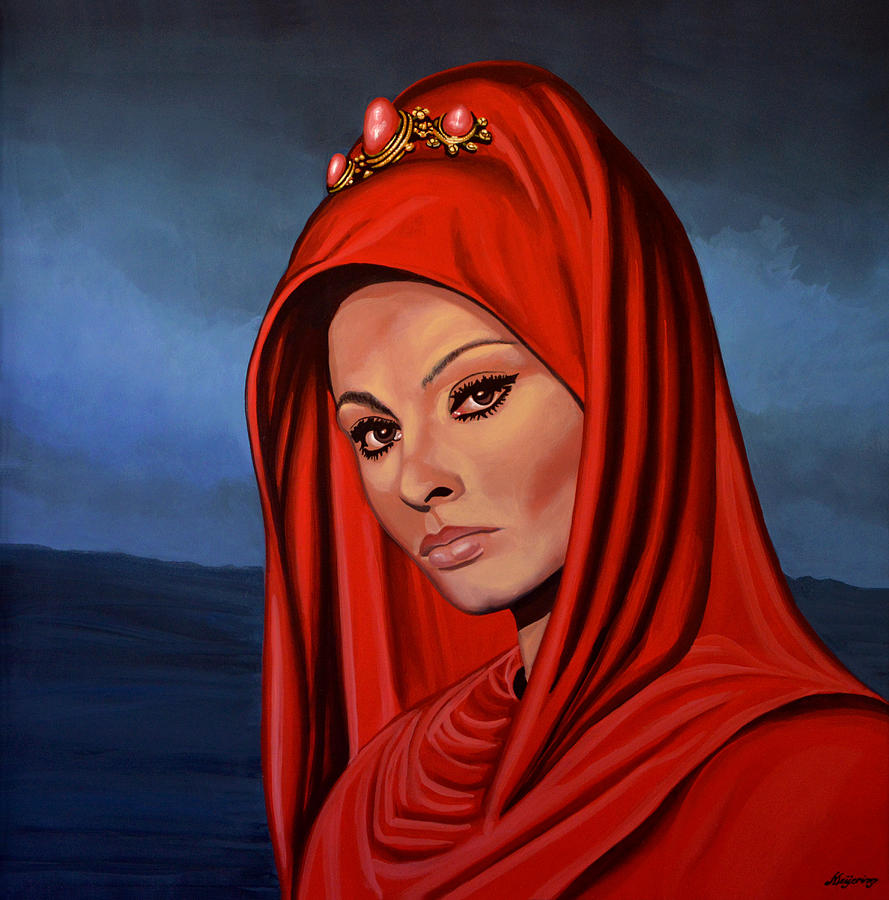 Sophia Loren 2 is a painting by Paul Meijering which was uploaded on April 22nd, 2013.

Sophia Loren - realistic acrylic painting of the Italian icon by the Dutch fine artist Paul Meijering - the Original painting is 90 x 90 cm and for... more

Sophia Loren (born Sofia Villani Scicolone 20 September 1934) is an Italian film actress. Encouraged to enroll in acting lessons after entering a beauty pageant, Loren began her film career in 1950 at age 15. She appeared in several bit parts and minor roles in the early part of the decade, until her five-picture contract with Paramount in 1956 launched her international career. Notable film appearances around this time include The Pride and the Passion, Houseboat, and It Started in Naples.

Her talents as an actress were not recognized until her performance as Cesira in Vittorio De Sica's Two Women; Loren's performance earned her the Academy Award for Best Actress in 1962 and made her the first artist to win an Oscar for a foreign-language performance. She holds the record for having earned six David di Donatello Awards for Best Actress, the most ever received: Two Women; Yesterday, Today and Tomorrow; Marriage Italian Style (for which she was nominated for a second Oscar); Sunflower; The Voyage; and A Special Day. After starting her family in the early 1970s, Loren spent less time on her acting career and chose to make only occasional film appearances. In later years, she has appeared in American films such as Grumpier Old Men and Nine.

Aside from the Academy Award, she has won a Grammy Award, five special Golden Globes, a BAFTA Award, a Laurel Award, the Best Actress Award at the Cannes Film Festival, and the Honorary Academy Award in 1991. In 1995, she received the Cecil B. DeMille Award for lifetime achievements, one of many such awards. In 1999, Loren was acknowledged as one of the top 25 female American Screen Legends in the American Film Institute's survey, AFI's 100 Years...100 Stars.

Lovely work , congrats on your feature in CG

Beautiful painting! Congratulations on your feature on The Gallery Wall! LFPT

Congrats on your Spotlight feature in TGW Paul ,a outstanding portrait ,you have captured her perfectly l/twt

Congratulations on your feature in The Gallery Wall group, f/l.

Thank you so very much, Nikolyn, for your kind words and compliments!!;-))

Thank you so much, Sandi, for your lovely comment!!;-))

Beautiful work! Congrats on your GALLERY WALL feature and win!

Congratulations Paul on your featured image of Sophia Loren in The Gallery Wall! Well deserved! You have masterfully shown contrast at it's finest.

Thank you so much, Ginger, for your kind words and compliments!!...;-))

Congratulations Paul, the contrasts of color were masterfully painted and executed!! Fantastic work as always!

Thank you very much, Sydne, for your lovely compliments... as Always!!;-))

stunning work...congrats on your special feature