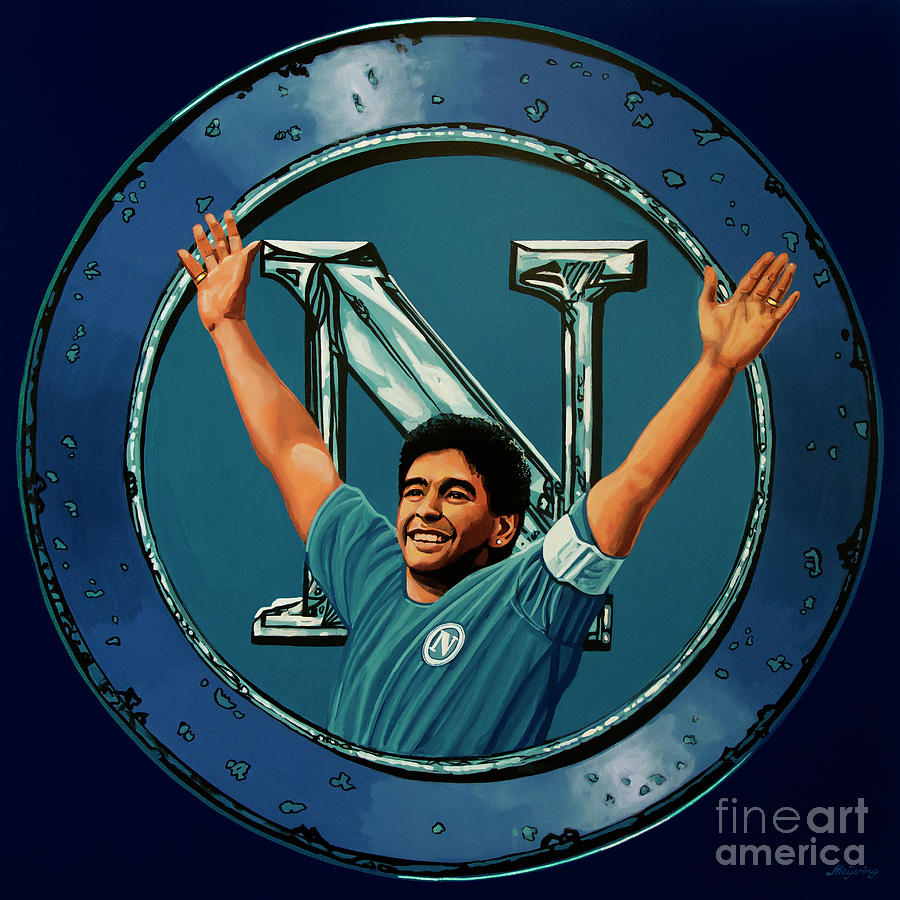 Ssc Napoli Painting is a painting by Paul Meijering which was uploaded on June 29th, 2017.

Realistic acrylic painting of the Italian football club SSC Napoli with Diego Maradona, painted by the Dutch fine artist Paul Meijering - the Original painting is 90 x 90 cm and for sale

Societa Sportiva Calcio Napoli, commonly referred to as Napoli, is a professional Italian football club based in Naples, Campania. Formed in 1926, the club plays in Serie A, the top flight of Italian football. The club has won Serie A twice, and been runners-up six times, the Coppa Italia five times, the Supercoppa Italiana twice, and the 1988-89 UEFA Cup.

Napoli have the fourth biggest fanbase in Italy, and in 2015 were ranked as the fifth most valuable football club in Serie A, as well as being listed on the Forbes' list of the most valuable football clubs. The club is one of the associate members of the European Club Association. In the January 2016 UEFA ratings, Napoli are ranked the eighth best club in European Football and the second best club in Italy.

Since 1959, the club has played their home games at Stadio San Paolo in the Fuorigrotta suburb of Naples. Their home colours are sky blue shirts and white shorts. The official anthem of the club is "'O surdato 'nnammurato".