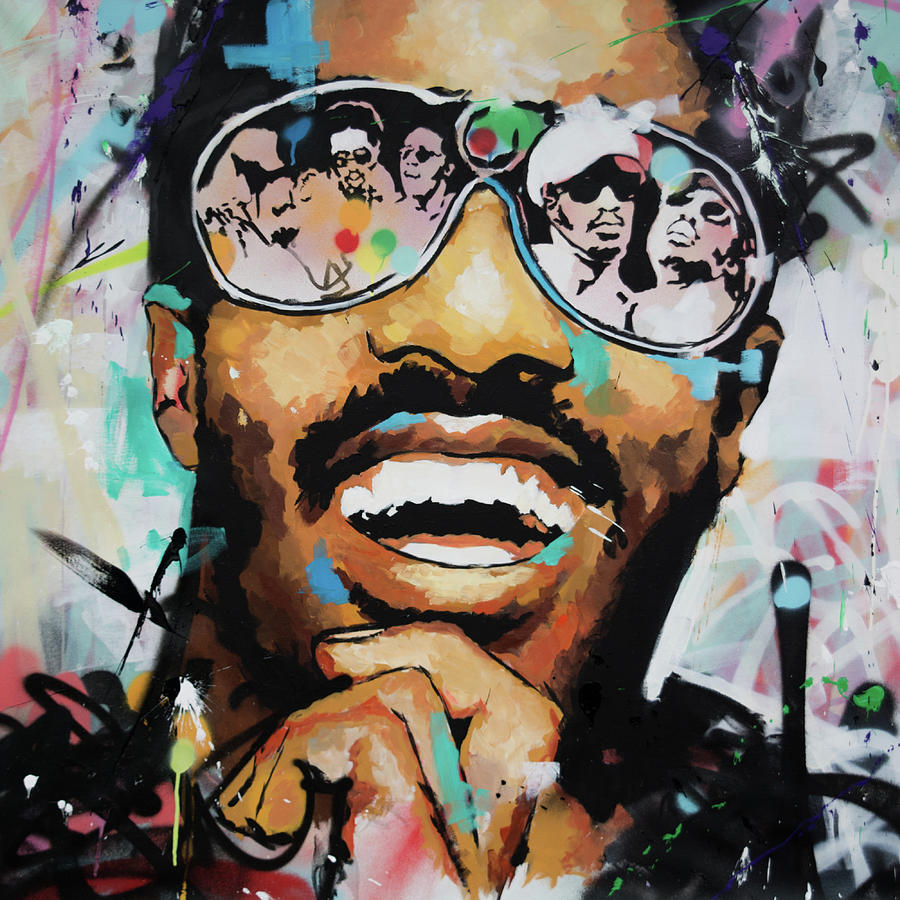 Stevie Wonder Portrait is a painting by Richard Day which was uploaded on April 26th, 2017.

Stevland Hardaway Morris better known by his stage name Stevie Wonder, is an American musician, singer, songwriter and record producer. A child prodigy, he became one of the most critically and commercially successful musical performers of the late 20th century. Wonder signed with Motown's Tamla label at the age of 11 and has continued to perform and record for Motown as of the early 2010s.

Among Wonder's works are singles such as "Superstition", "Sir Duke", "You Are the Sunshine of My Life" and "I Just Called to Say I Love You"; and albums such as Talking Book, Innervisions and Songs in the Key of Life. He has recorded more than 30 U.S. top ten hits and received 25 Grammy Awards, the most ever awarded to a male solo artist, and has sold over 100 million records worldwide, making him one of the top 60 best-selling music artists. Wonder is also noted for his work as an activist for political causes, including his 1980 campaign to make Martin Luther King, Jr.'s birthday a holiday in the United States. In 2009, Wonder was named a United Nations Messenger of Peace. In 2013, Billboard magazine released a list of the Billboard Hot 100 All-Time Top Artists to celebrate the US singles chart's 55th anniversary, with Wonder at number six.

Congratulations on your great sale!

Congratulations on your sale of this well done work!

Congratulations on your recent sale

Wow! fabulous... Congrats on your sale!!

Awesome work Richard and Congrats on your sale!!

love your composition and creativity!

Keep up the good work!

Awesome work, you nailed it!

Great work! Congratulations on your sale 😊

Great portrait Richard, like the color variations, congratulations on your sale!!