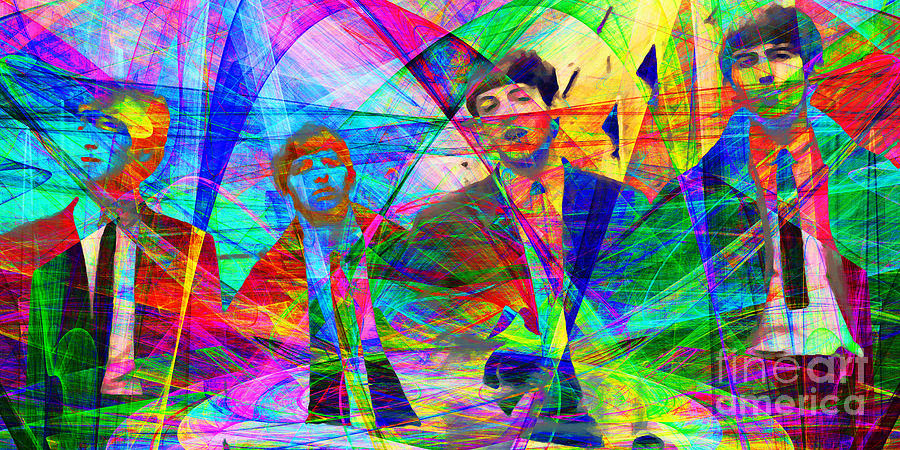 Strawberry Fields Forever 20130615 is a photograph by Wingsdomain Art and Photography which was uploaded on June 15th, 2013.

by Wingsdomain Art and Photography

Painterly Style photo art have a lively colorful brush stroke texture in the tradition of master painters. Zoom in on an area of the image to see the artistry of this style. This type of artwork would look terrific on a large canvas, and a print on any other media would look just as stunning!

The Beatles were an English rock band formed in Liverpool, in 1960. They became the most commercially successful and critically acclaimed act in the history of music. Their best-known lineup consisted of John Lennon, Paul McCartney, George Harrison, and Ringo Starr. Rooted in skiffle and 1950s rock and roll, the Beatles later utilized several genres, ranging from pop ballads to psychedelic rock, often incorporating classical and other elements in innovative ways. In the early 1960s, their enormous popularity first emerged as "Beatlemania", but as their songwriting grew in sophistication, they came to be perceived by many fans and cultural observers as an embodiment of the ideals shared by the era's sociocultural revolutions. -wikipedia

More from Wingsdomain Art and Photography

Thank you buyer from Hewlett, NY for the purchase. I am eternally grateful and humbled and I thank you for contributing to my obsession - art and photography. -W

Thank you Lori and Nina. -W

Thank you buyer from Magalia, CA for the purchase. I am eternally grateful and humbled and I thank you for contributing to my obsession - art and photography. -W http://www.wingsdomain.com http://studio-x.wingsdomain.com