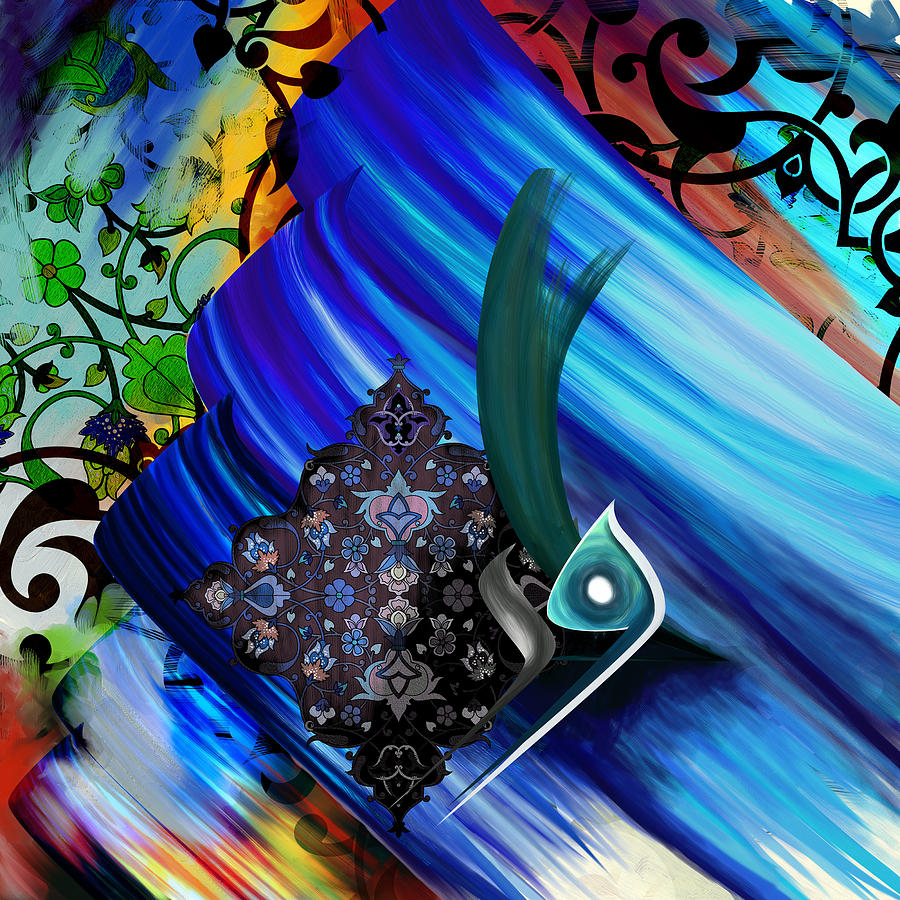 Calligraphy word Al-Wa'hid (Name #67) - Al-Wa'hid: Al-Wa'hid, the Unique, is hte one who can neither be divided nor duplicated. Concerning its not... more

"Calligraphy word ""Al-Wa'hid"" (Name #67) - ""Al-Wa'hid"": Al-Wa'hid, the Unique, is hte one who can neither be divided nor duplicated. Concerning its not being divisible, it is like a unitary substance which cannot be divided: it is said to be one in the sense that no part of it in itself a substance, as a point has no parts. And Allah (swt) is one in the sense that it is impossible for His essence to be arranged into parts. Reference in Quran: 2:163 "" And your Ilah (God) is One Ilah (Allah), La ilaha illa Huwa (there is none who has the right to be worshipped but He), the Most Beneficent, the Most Merciful. And your God is one God; there is no God but He! He is the Beneficent, the Merciful. "" The importance of calligraphy lies in its primary objective - preserving the Word of God. The Quran is the very heart of Islam, and calligraphy is considered the highest art due to its expression of the Divine. It is believed that when revelation first came to the prophet Muhammad, it was with the the instruction to
""Read! Read in the name of your Lord Who created,
created man from a clot of congealed blood.
Read: and your Lord is most Generous,
Who taught by the pen,
taught man what he did not know.”
Islamic teachings place importance on the pursuit of knowledge, and as the message spread outside the borders of Arabia so did the desire of its early followers to maintain its authenticity by transcribing and preserving it in writingArabic calligraphy leaves an imprint on the casual observer and the calligrapher alike. The appeal of the art is largely due to its aesthetic, yet there is a meditative quality to it that is also intoxicating for the one holding the pen. Something in the concentration, patience and dedication required to master calligraphy serves to cultivate inner tranquility and a deepening of the spiritual.
As contemporary styles and techniques continue to develop,for those who are breathing new life into a rich and ever-evolving art.
when we collaborate calligraphy with art,it calls Modern calligraphy art.
use of bold strokes inspired by abstract expressionism following the abstract calligraphy writtings "