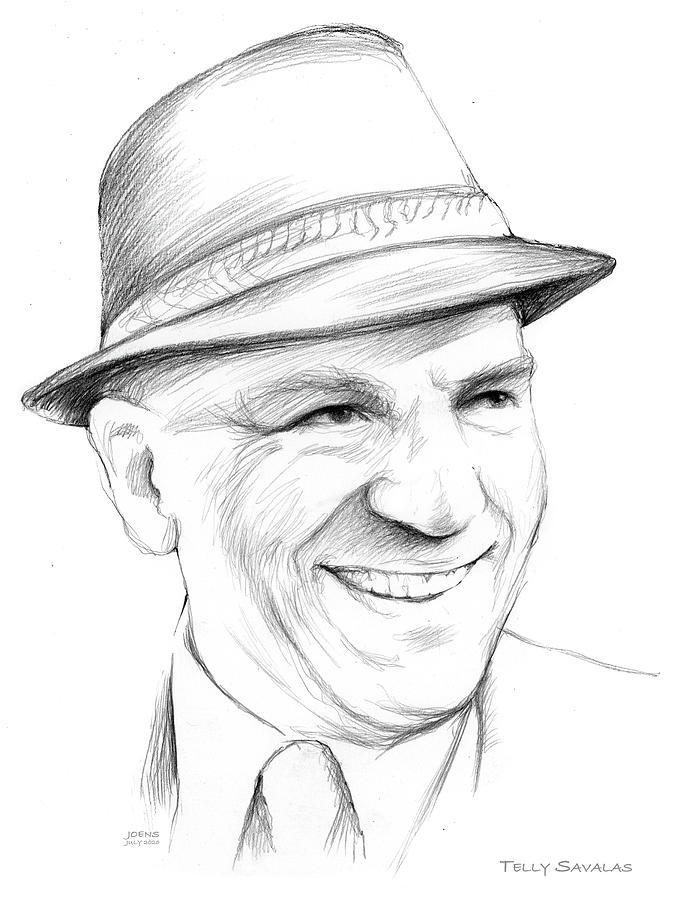 Telly is a drawing by Greg Joens which was uploaded on July 6th, 2020.

Aristotelis Savalas (Greek: Αριστοτέλης Σαβάλας; January 21, 1922 – January 22, 1994) was a Greek-American actor and singer whose career spanned four decades. Noted for his bald head and deep, resonant voice,[2][3][4][5] he is perhaps best known for portraying Lt. Theo Kojak on the crime drama series Kojak (1973–1978) and Bond villain Blofeld in the film On Her Majesty's Secret Service (1969).

I like your clean lines and subtle shading. Great work.