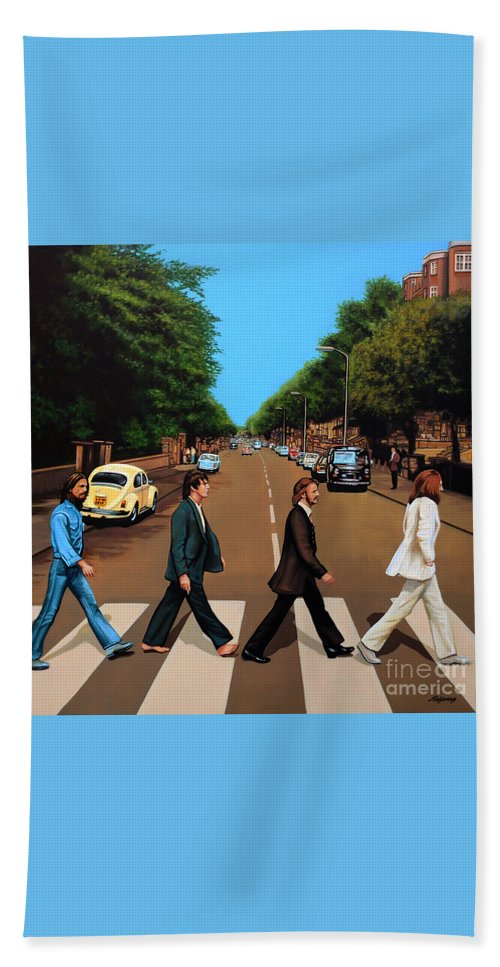 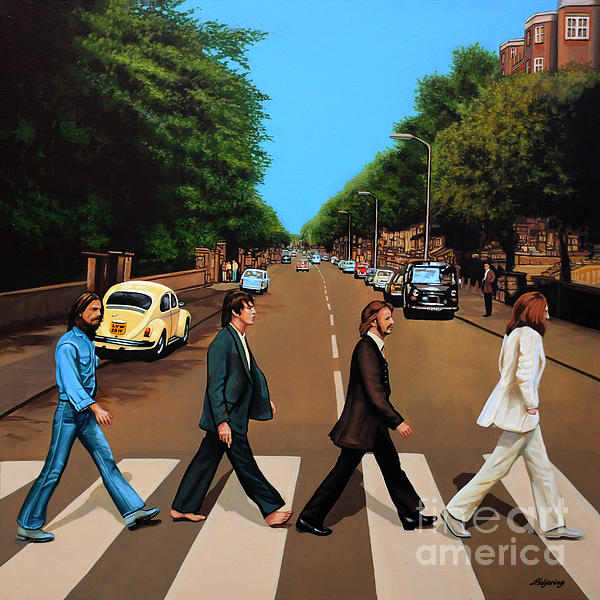 Our luxuriously soft beach towels are made from brushed microfiber with a 100% cotton back for extra absorption.   The top of the towel has the image printed on it, and the back is white cotton.   Our beach towels are available in two different sizes: beach towel (32" x 64") and beach sheet (37" x 74").

Don't let the fancy name confuse you... a beach sheet is just a large beach towel.

Beautiful work, Paul!!! CONGRATULATIONS, your work is featured in "For the ART of It"!! I invite you to place it in the group's "Featured Image Archive" discussion thread and any other thread that is fitting!! 😊

Congratulations, Paul! This beautiful painting of the Fab Four has been chosen as one of our spotlight ‘Weekly SPECIALS’ on the ‘Homepage’ of 'Pixels Promo'! Feel free to share our group link featuring your work with family, friends and on Social Media, as well as any group thread that fits, to receive even more support & exposure. Fvl.

Congrats!! Your amazing artwork has been featured in THE PAINTING LOGGIA group. You may archive your artwork in “Features 2022- Archives” and any other discussion in which the artwork fits. Thanks for sharing.

Congrats!! Your amazing artwork has been featured in IF THE IMAGE EXCITES YOU group. You may archive your artwork in “Thank you and Promote” and any other discussion in which the artwork fits. Thanks for sharing.

Congratulations on your recent sale of a wonderful work. 😊

💖💖💖Art provides an opportunity for kaleidoscopic thinking. Each time we shift the lens of our perceptions, we gain new perspectives — and new opportunities for innovation.💖💖💖 CONGRATULATIONS ON YOUR RECENT SALE OF A WONDERFUL WORK!

Will this puzzle be back in stock?

very pleased with this product bought as present for my grandson and prompt delivery,many thanks.

A little disappointed that the words are printed onto the towel as opposed to being part of the 'twill'. I will wait till it taken on holiday & used to see how it stands up to a) body friction when lying & turning on, b) suntan lotion, & c) washing, but I fear the writing may not survive.

OMG I'm IN LOVE with this one! I cannot wait to go lie on the beach with this towel! The rock is in the perfect position to be a pillow and the desert color is going to make it look like I don't have a towel under me! (Or at least that's how I feel! When lying down on it it made me feel like I wouldn't have any issues with sand due to the fact it is so large!

Gorgeous and Absolutely HUGE! Great for any beach or just as a regular towel for the bathroom. Can cover a 6 ft 200lb man EASILY! to give you an idea of how big this towel is. The person holding it up is about 5'5" Colors came out beautiful! I cannot wait to take it to the pool and the beach!

It was a gift so I don't have it to take a picture of it. It is a very colorful beach towel, & I told the recipient to wash it in cold water! I have a feeling he may just display it on a wall!

Too cute. Summer memories and happy times captured for a long time. This towel does the trick on cold Winter mornings when the chill and gray of Winter seems like it will never end. A towel like this reminds one of Summer Tans, sparkling sunlit pools and laughing children, picnics, and friends and family over for outdoor fun.

The Beatles on Abbey Road painting - realistic acrylic painting by the Dutch fine artist Paul Meijering - the Original painting is 90 x 90 cm and SOLDThe Beatles were an English rock band, formed in Liverpool in 1960. With members John Lennon, Paul McCartney, George Harrison and Ringo Starr, they became widely regarded as the foremost and most influential act of the rock era. Rooted in skiffle, beat, and 1950s rock and roll, the Beatles later experimented with several musical styles, ranging from pop ballads and Indian music to psychedelia and hard rock, often incorporating classical elements and unconventional recording techniques in innovative ways. In the early 1960s, their enormous popularity first emerged as "Beatlemania", but as the group's music grew in sophistication, led by primary songwriters Lennon and McCartney, they came to be perceived as an embodiment of the ideals shared by the counterculture of the 1960s.

All beach towels ship from our production facility within 1 - 2 business days of your order.