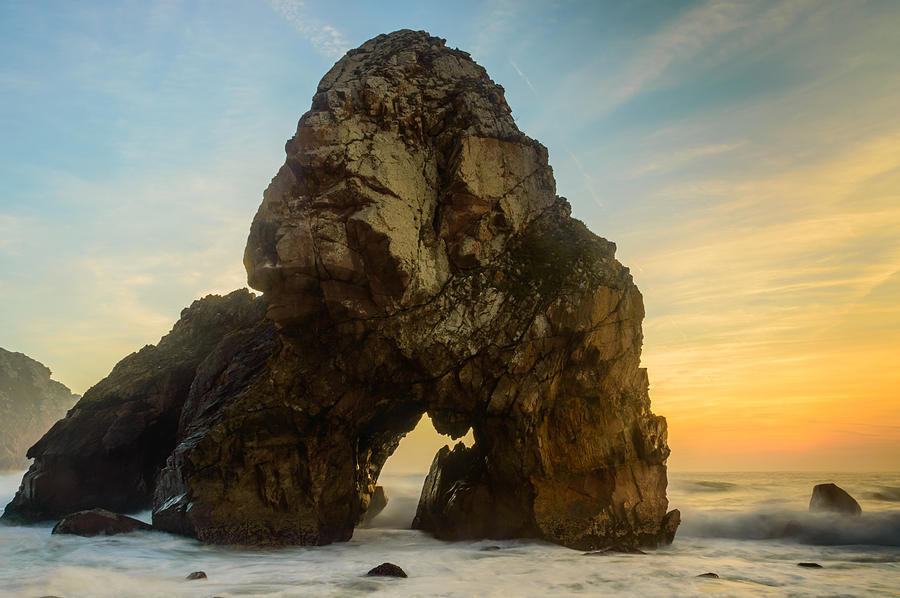 The Giant Of The Seas I is a photograph by Marco Oliveira which was uploaded on December 18th, 2013.

The Giant Of The Seas I

The Giant Of The Seas I... more

The Giant Of The Seas I

The Giant Of The Seas I
Photograph By Marco Oliveira

It was Saturday... Right after lunch I was thinking I should stay at home and do some macro shots of a spider I've got... But then I decided to do something outdoors, even though I was not sure of what. I drove around, starting to feel anxious and almost certain that I've made the wrong decision. Almost in despair, I headed to a nearby lighthouse, parked my car and started walking around the cape's perimeter until I saw a trail leading somewhere down the cliffs. Climb down was hard and climb up was even harder, but this gigantic sea stack and the beautiful sunset were worth it! By the way, some say this rock formation resembles a gorilla and some say it resembles a dog! Others say it is a lion! Well, I'll leave it to you to decide. Whatever it is, trust me, it is a gigantic specimen! Anyway, it turned out to be a very nice afternoon, much better than staying at home photographing a spider, don't you think?!

I love the contrast between the soft fluid water and the enormous rocky formation. Stunning photograph.

I'm glad you've decided to explore around, this is such an interesting find and a beautiful light and colors Marco! Love it. btw, there is .always. something to find... and if we can't change direction, we can change the way we look at things around us :)

Good decision to venture out and what a great find! L/F

This Rocks - Excuse The Pun. This Looks Like Some Sort OF Stone Animal; It's A Great Image. FV / FB

Fantastic photograph, Marco! Your spider shots are always excellent ...but this landscape was obviously worth saving your macro work for another day. Your drive and the steep climb paid off beautifully! LF

Your image is being promoted in our group Beauty Captured!

Beautifully Done, Love the tones in in the sky......v