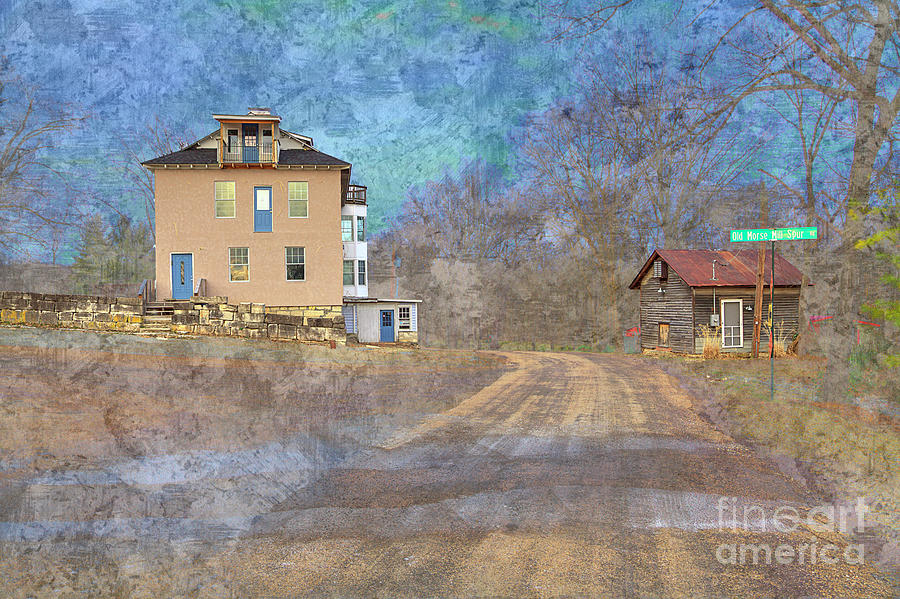 The Morse Mill Hotel is a piece of digital artwork by Larry Braun which was uploaded on March 24th, 2019.

A post office has operated here since 1867. Named for John H. Morse, the owner of the mill.

The Morse Mill Hotel, is full of history, as well as some mystery.  The building was constructed in 1816 as a farm house.  John H. Morse purchased it in 1856 and added on making it the structure that it is today. Mr. Morse was a Bridge Engineer. Built of Maple, Oak, Cypress and Limestone. The structure is 4 stories tall. 5,300 sq. ft.

The hotel heyday was during the 1920’s and 1930’s.  The elite of St. Louis visited often.  It was a close weekend getaway to escape the sweltering summers in St Louis. Other guests came from all over the world including Africa, Switzerland, Cuba, Philippines Islands, Bombay India, London England, Berlin Germany, Austria and Hong Kong China.  The famous guests include black and white film star Clara Bow, Betty Boop was created in her likeness.  Tom Mix, a black and white cowboy film star.  Pilot Charles Lindbergh and gangster Al Capone also marked their stay here.