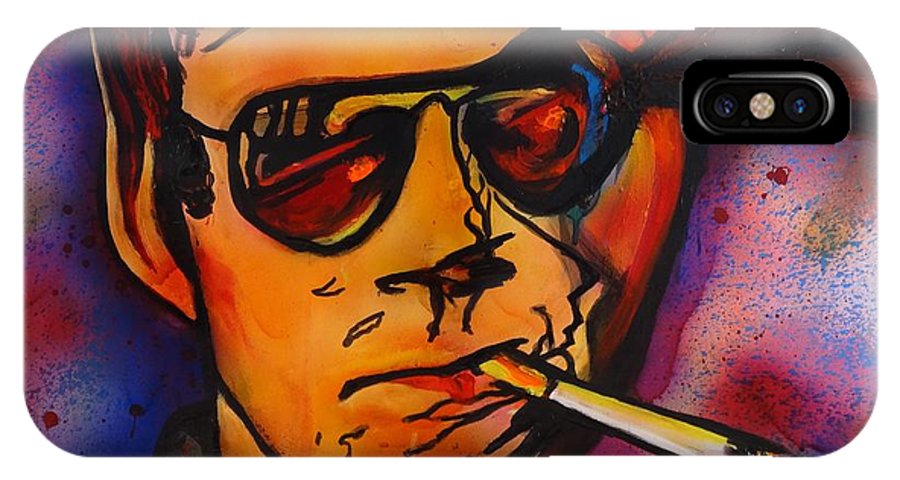 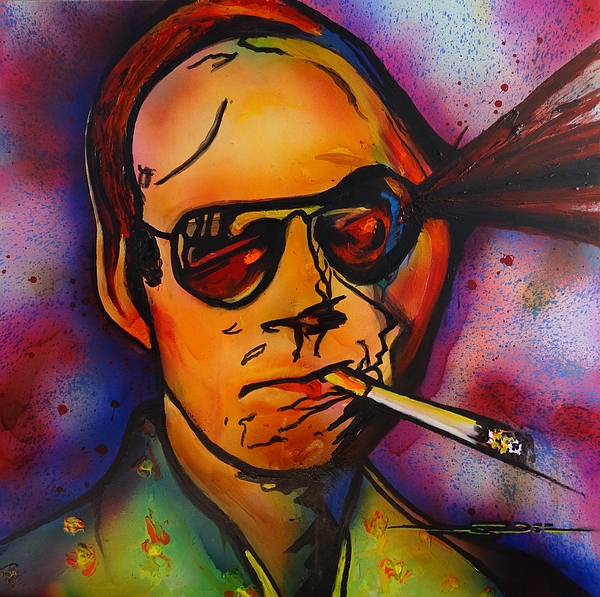 The psycho-delic Suicide of the Tambourine Man IPhone X Case

The psycho-delic Suicide of the Tambourine Man iPhone x case by Eric Dee.   Protect your iPhone X with an impact-resistant, slim-profile, hard-shell case. The image is printed directly onto the case and wrapped around the edges for a beautiful presentation. Simply snap the case onto your iPhone X for instant protection and direct access to all of the phone's features!

This is awesome Dad!!! I'm loving these colorful abstract pieces you're doing!

I just bought telephone covers so doubt that you need a photo of those. I do like them!

I love my phone case. It arrived quickly and fit my phone perfectly. Love the color and the design.

I love this phone case and the history be hide it.

Hunter S. Thompson an American journalist best known for writing 1971's 'Fear and Loathing in Las Vegas' and creating 'Gonzo journalism.'. born in Louisville, Kentucky, in 1937. Thompson simultaneously built upon his reputation as a hooligan and prankster as well, escalating his extracurricular activities from more harmless endeavors, such as dumping a truckload of pumpkins in front of a hotel, to shoplifting, vandalism and, eventually, robbery. By 2005, Thompson had grown chronically depressed, disillusioned by the world around him, frustrated with aging and suffering from numerous health problems. Sick of it all, on February 20, 2005, at his Owl Creek compound, Hunter S. Thompson shot himself in the head. That August, in a private ceremony commemorating his life that was attended by hundreds of his friends and admirers, Thompson’s ashes were shot from a cannon to the tune of Bob Dylan’s “Mr. Tambourine Man.”