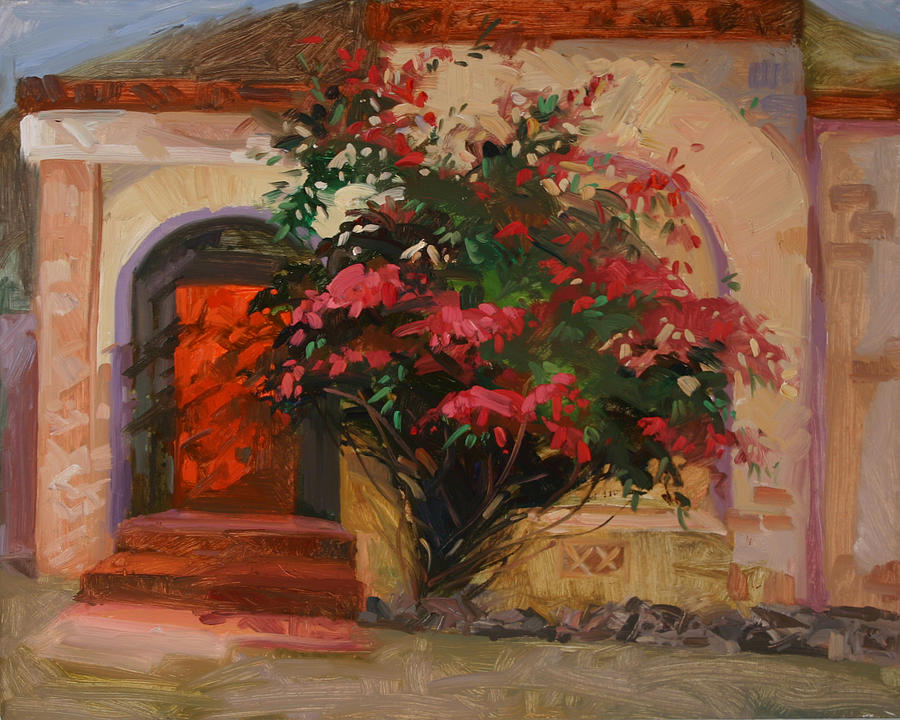 The Red Door - Catalina Island is a painting by Elizabeth J Billups which was uploaded on March 20th, 2009.

Painting - Oil On Board

From 1986 to 1996 about 15 or 20 artists would gather on Catalina Island, to paint for a week "en plein air". After the first year, Denise Burns, who started Plein Air Painters of America (PAPA), asked me if I would put together one ad for the following year's show.

I suggested that we do a campaign that involved the entire year, since one ad would be throwing our money away. The campaign involved 3 to 5 publications: Southwest Art, Artists of the Rockies, Art West, Art Talk. Within about 5 years, it seems that plein air paintings started taking the country by storm. Groups were springing up all over, not just the U.S. but around the world, as a result of these 22 ads per year, '87 thru '96!

For the following 10 or 12 years, we would meet on Catalina Island and paint for about 10 days, and then have a gala event at the Casino Ball Room, where hundreds of creations were shown and marketed. Those years were the highlight of my year!!! This painting was one that I captured, luckily, before someone on the island decided to pull out the bougainvillea! And after that, this abandoned old school building became nothing to even bother with! THAT is the roll of artists: to capture this beautiful world, before it transitions into something..... less!!