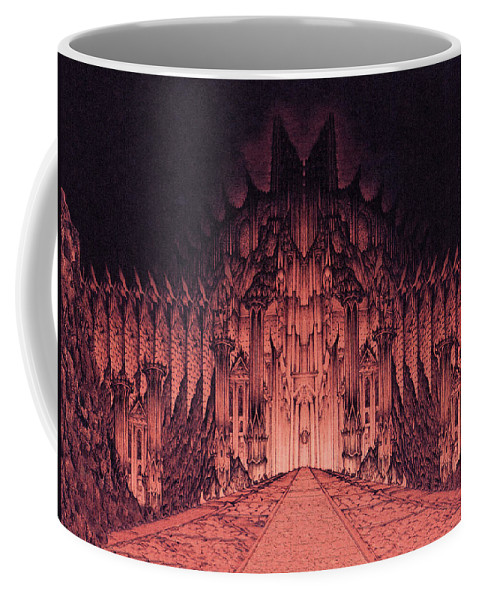 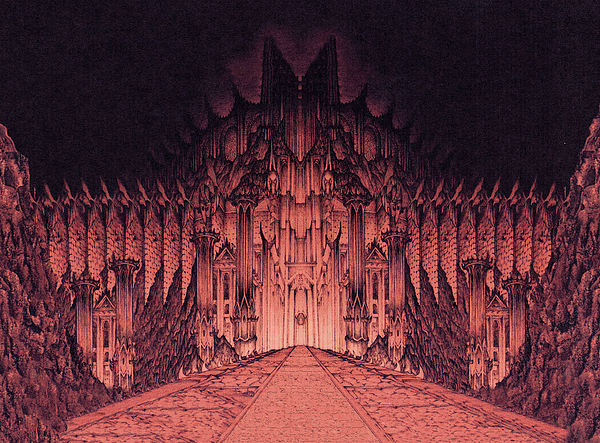 My mother loves this cup, and I was able to get it in her old school colors.

Still waiting for confirmation of delivery? Ordered two weeks ago?????

i have no camera at this time; but i really love the coffee cup; very nice. thank you

It is an anniversary gift for my wife. We spent our 50th there November 21, 2014 and bought the same mug in the gift shop. It is her favorite cup she uses every morning, but it has faded from 100s of washing, so this is a replacement.

Great cup! It was exactly what I wanted!

"..rising black, blacker and darker than the vast shades amid which it stood, the cruel pinnacles and iron crown was the topmost tower of Barad-dur" Barad-dur was built by Sauron, the Dark Lord of Mordor, with the power of the One Ring, during the Second Age. The building took six hundred years to complete; it was the greatest fortress ever built since the Fall of Angband, and much of Sauron's personal power went into it. Barad-dur was besieged for seven years by the Last Alliance of Elves and Men and was levelled after Sauron's defeat at the end of the Second Age, but because it was created using the power of the One Ring, its foundations could not be destroyed completely unless the Ring itself was destroyed. Isildur cut the Ring from Sauron's hand but refused to destroy it, so the Tower was quickly rebuilt when Sauron returned to Mordor thousands of years later, in T.A. 2951. The Dark Tower was described as existing on a massive scale so large it was almost surreal, although Tolki...

Curtiss Shaffer graduated from the Art Institute of Pittsburgh in 1991 with an Associates Degree in Graphic Design. He attended the Army School of Engineers at Fort Leonardwood Missouri in 1992 and graduated from Indiana University of Pennsylvania in 1996 with a Bachelors Degree in Art Education. He served as an engineer in the United States Army Active and Reserve components from 1991 to 2001, and therein attended graduate studies at Clarion University of Pennsylvania, Gannon University and the College of New Jersey. Besides working in his field, Curtiss has been teaching art full-time for fourteen years, at all levels of public education, and was named to the Who's Who of American Teachers in 2004 and again in 2006.

All coffee mugs ship from our production facility within 5 - 7 business days of your order.