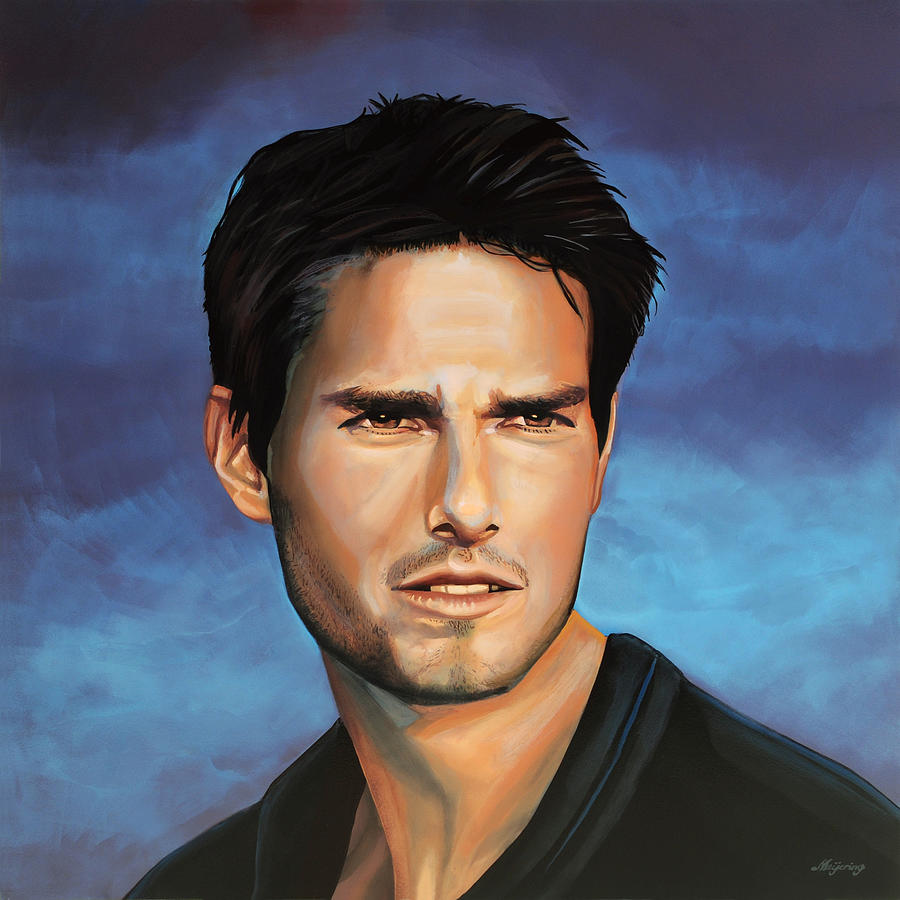 Tom Cruise is a painting by Paul Meijering which was uploaded on October 19th, 2012.

Thomas Cruise Mapother IV (born July 3, 1962), known professionally as Tom Cruise, is an American actor and producer. He has been nominated for three Academy Awards and has won three Golden Globe Awards. He started his career at age 19 in the film Endless Love (1981). After portraying supporting roles in Taps (1981) and The Outsiders (1983), his first leading role was in the romantic comedy Risky Business, released in August 1983. Cruise became a full-fledged movie star after starring as Pete "Maverick" Mitchell in the action drama Top Gun (1986). One of the biggest movie stars in Hollywood,[2][3] Cruise starred in several more successful films in the 1980s, including the dramas The Color of Money (1986), Cocktail (1988), Rain Man (1988), and Born on the Fourth of July (1989).
In the 1990s, he starred in a number of hit films, including the romance Far and Away (1992), the drama A Few Good Men (1992), the legal thriller The Firm (1993), the romantic horror film Interview with the Vampire: The Vampire Chronicles (1994), the romantic comedy-drama sports film Jerry Maguire (1996), the erotic thriller Eyes Wide Shut, and the drama Magnolia (both 1999). Since 1996, Cruise has been well known for his role as secret agent Ethan Hunt in the Mission: Impossible film series, whose most recent film, Mission: Impossible � Rogue Nation, was released in 2015.

Thank you so much, Robyn, for your compliment and the feature in your group!!;-))

Congratulations your artwork has been featured on Square Art World

Thank you so much, Tonya, for the feature in your group!!;-))

Thank you very much, Florin!;-)

Thanks so much, David, for your ever kind words!!;-)

Have viewed several of your portraits. Absolutely love your style. Very clean and simplicit yet so realistic at the same time. Beautiful.

Thank you so much, Martha! Like your "Columbo and Dog"!;-)