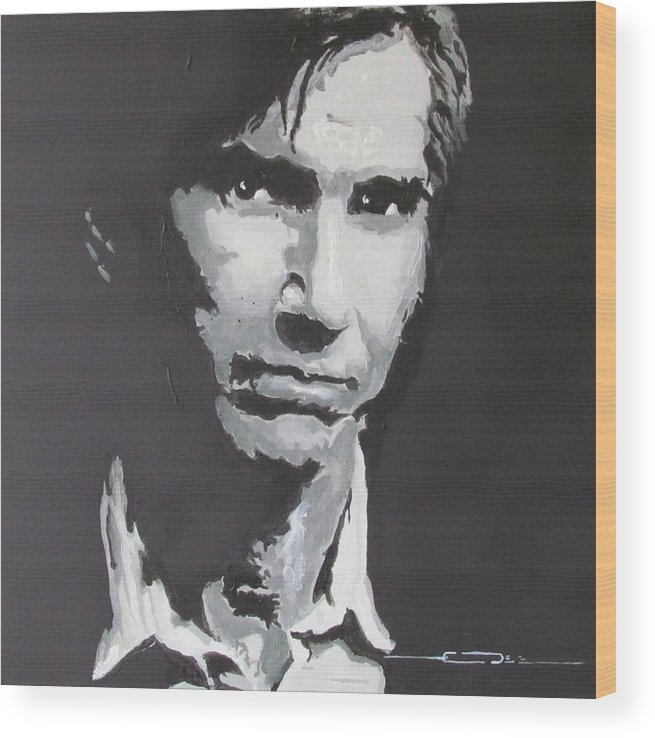 Townes Van Zandt wood print by Eric Dee.   Bring your artwork to life with the texture and added depth of a wood print. Your image gets printed directly onto a sheet of 3/4" thick maple wood. There are D-clips on the back of the print for mounting it to your wall using mounting hooks and nails (included).

Beautiful work!! Congrats on your sale!!

Thanks Tif! - I think I sold a print of this recently. Working on a new SRV today - will be checking out your web site.

Thank You so much Bette.

Bring your artwork to life with the texture and depth of a wood print.   Your image gets printed directly onto a sheet of 3/4" thick maple wood.

All wood prints ship within 3 - 4 business days and arrive "ready to hang" with mounting hooks and nails.

Wood prints are extremely durable and add a rustic feel to any image.

Quality for engagement is very good. I am impressed with the print on wood.

I love my Library of Congress print! It enjoys pride of place in my new office between Winston and Abe! It's even nicer on the wall than it was online. Perfect inspiration for my new writing company. Thanks!

It was wonderful.it was a gift for my sister-in-law. She and her husband were stationed there 50 years ago while he was in the coast guard. She has talked about how happy they were there, and he died about 20 years ago. I hunted for one that had the mountains in the background and still showed the water all around. It was perfect, she was so happy with it. She called me crying. So , thank you!

Signature piece to turn my condo porch into Ricks' Cafe Americain. Very happy! High quality design and material (wood) and very attractive! I searched the web everywhere for a Rick's sign, and nothing else even came close. Easy to hang (well, not for me, because I was hanging into exterior concrete stucco, but the hanging materials provided are generally good.)

John Townes Van Zandt (March 7, 1944 � January 1, 1997), best known as Townes Van Zandt, was an American Texas Country-folk music singer-songwriter, performer, and poet. Many of his songs, including "If I Needed You," "To Live is to Fly," "Pancho and Lefty" and "No Place to Fall" are considered standards of their genre. In 1958 as a child, his family moved to Boulder, Colorado near where I currently live. Van Zandt would remember his time in Colorado fondly and would often visit it as an adult. He would also later refer to Colorado in the songs "My Proud Mountains" and "Colorado Girl."

All wood prints ship from our production facility within 3 - 4 business days of your order.