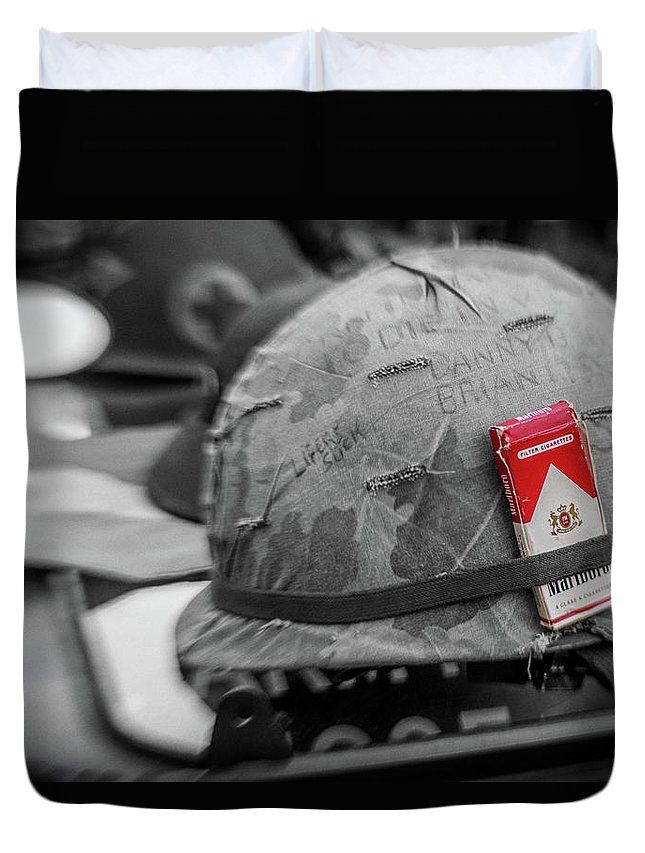 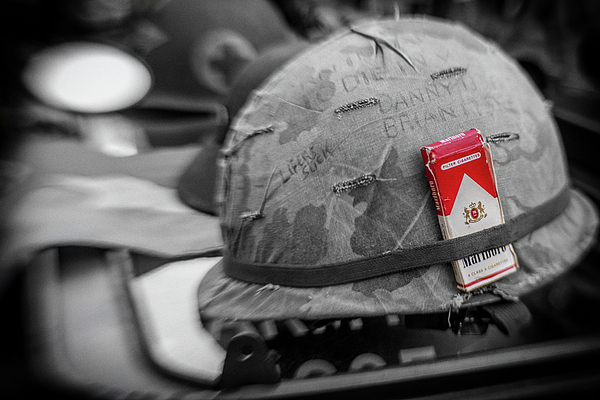 Queen duvet cover (88" x 88") featuring the image "Tucked In" by Marnie Patchett. Our soft microfiber duvet covers are hand sewn and include a hidden zipper for easy washing and assembly. Your selected image is printed on the top surface with a soft white surface underneath. All duvet covers are machine washable with cold water and a mild detergent.

That looks so awesome Marnie. Faved

Beautiful you can’t imagine on your bed . It is magic ! My husband loved!

Really beautiful and the person I gave it was enthusiastic!

The product was not true to the picture. Had too much pink.

Excellent and fun to follow its quite quick journey for the US to UK (only slowed by British Post Office).

So happy with this purchase being able to choose the size of the dragon and to see it in 3D was amazing.

Cigarettes tucked into the band on an American soldiers helmet. A collection from the Vietnam War era was on display in Reno at Hot August nights on an old Army Jeep. Marlboro Reds against camouflage made for a great color selective photograph. There were many military collectibles, zippo lighters, a playboy magazine from 1970, maps, compass, MRE, beer cans and bottles and much more. The Vietnam War, also known as the Second Indochina War, and known in Vietnam as the Resistance War Against America or simply the American War, was a war that occurred in Vietnam, Laos, and Cambodia from 1 November 1955 to the fall of Saigon on 30 April 1975.

I'm an artist & photographer from Northern California, I grew up in the beauty of the Country but never really realized it and appreciated it until I started capturing it through the lens. My favorite type of photography is the long exposure photography, black and white, light trails and light painting. Having an image in my head and figuring out how to make it happen. I had no idea the possibilities of photography until I took it up a few years back, it's limitless. Learning and creating is a passion and an addiction. LIKE MY FACEBOOK PAGE https://www.facebook.com/MarniePatchettPhotography