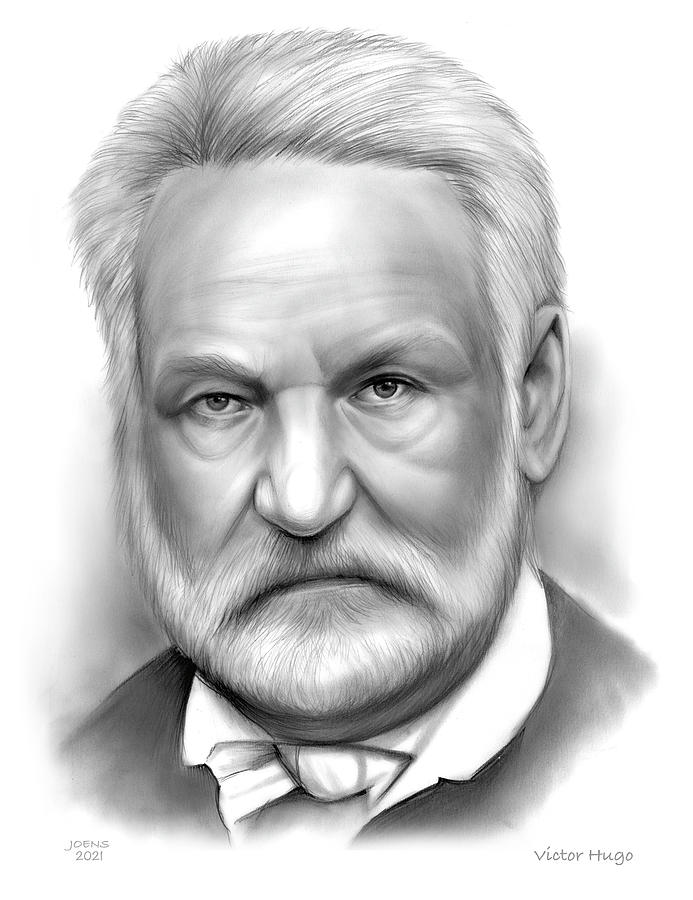 Victor Hugo is a drawing by Greg Joens which was uploaded on November 29th, 2021.

Victor-Marie Hugo (26 February 1802 – 22 May 1885) was a French poet, novelist, essayist, playwright, and dramatist of the Romantic movement. During a literary career that spanned more than sixty years, he wrote abundantly in an exceptional variety of genres: lyrics, satires, epics, philosophical poems, epigrams, novels, history, critical essays, political speeches, funeral orations, diaries, letters public and private, as well as dramas in verse and prose.

Hugo is considered to be one of the greatest and best-known French writers.