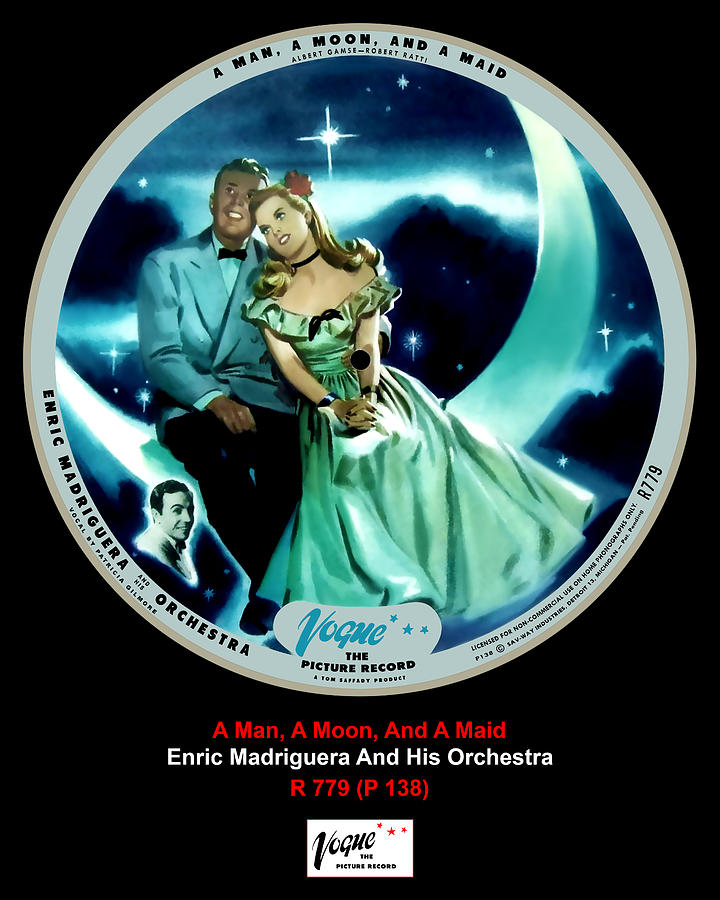 This is a restoration of a Vogue Picture Record Illustration. The record was manufactured between 1946 - 1947. It was a 10 inch, 78 RPM record. Please Note: THIS IS NOT A RECORD, It is art that was placed on the record.

This illustration appeared on Vogue R 779, on one side of the record. The record matrix number for this record is P 138. The song title on the record is A Man, A Moon, And A Maid, performed by Enric Madriguera And His Orchestra. The illustrator of the original art is unknown.

This version shows the song title, the artist performing the work and the Matrix Number (This number starts with a P and is given to each illustration that Vogue Picture Records produced).

The restoration of this record was a very laborious task. I used several different references to recreate the look of the record when it was originally created in the 1940's. Any blemish was removed, the colors restored, and where the record grooves where visible, those to were smoothed out.

There is also a version of this illustration that is without the Title, Performer, and Matrix Number. This art shows just the illustration in a square piece of art. See the category that is for Vogue Picture Records - Square Versions.