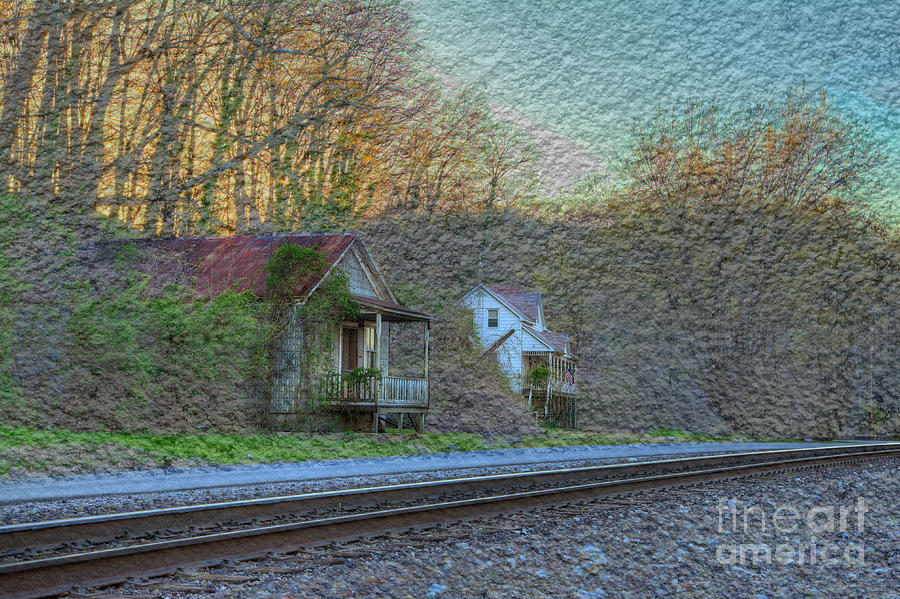 Wittenberg Missouri is a piece of digital artwork by Larry Braun which was uploaded on May 30th, 2018.

Wittenberg, on the Mississippi River, about 20 miles southeast of Perryville, and nearly opposite Grand Tower, Ill., was settled by a German Colony in 1838. This colony aimed at founding a magnificent Lutheran Church, on a lofty eminence on the river bluff, which was to be the New Zion of that denomination in America. But meeting with some misfortune this idea was abandoned, and the large bell brought from Europe for the church, was sold to the Catholic Church in St. Louis, called the College ... The encroachments of the river retarded its growth (1874) but it had a population of about 500, and contained a fine flouring mill, 1 steam saw-mill, 2 stores, 2 warehouses, 1 brewery and a fine public schoo

The rest of the story is this is all thats left of the town. The Mississippi Floods have pretty much eliminated this little town.

Wonderful job of this setting. I would enjoy seeing pictures of the ruins of the town as well. Lots of history there! I think you filled the available space and I want to know the rest of the story.