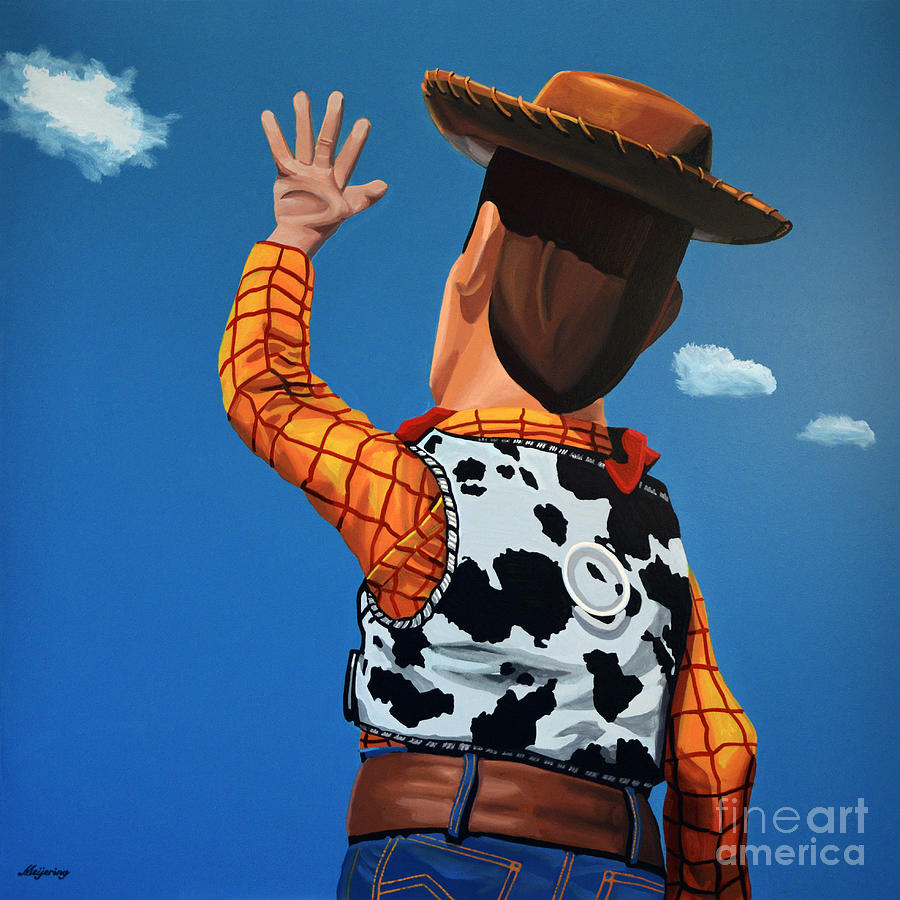 Woody of Toy Story is a painting by Paul Meijering which was uploaded on January 13th, 2016.

Realistic acrylic painting of Sheriff Woody Pride, or simply Woody, a fictional character in the Pixar movie Toy Story, painted by the Dutch fine artist Paul Meijering - the Original painting is 90 x 90 cm and for sale

Sheriff Woody Pride, or simply Woody, is a fictional character in the Toy Story franchise. He is voiced by Tom Hanks in all of the feature-length and short films and by Jim Hanks in other media. He is a stuffed cowboy character that leads the other toys in adventures in the movies. His facial features are based on Tone Thyne, an animator for Disney at the time.

Toy Story is a 1995 American computer-animated buddy-comedy adventure film produced by Pixar and released by Walt Disney Pictures. Directed by John Lasseter, Toy Story was the first feature-length computer-animated film and the first theatrical film produced by Pixar. Toy Story follows a group of anthropomorphic toys who pretend to be lifeless whenever humans are present, and focuses on the relationship between Woody, a pullstring cowboy doll (voiced by Tom Hanks), and Buzz Lightyear, an astronaut action figure (voiced by Tim Allen). The film was written by John Lasseter, Andrew Stanton, Joel Cohen, Alec Sokolow, and Joss Whedon, and featured music by Randy Newman. Its executive producers were Steve Jobs and Edwin Catmull.

Congratulations on your sale, Paul.

Congratulations on this marvellous painting being FEATURED in “PAINTING THE OLD WAY” , L/F….group administrator, John Malone (You may also want to participate in our various discussion threads, I would appreciate that)

Thank you so much, John, for your compliment, support and the feature in your marvellous group!!;-))