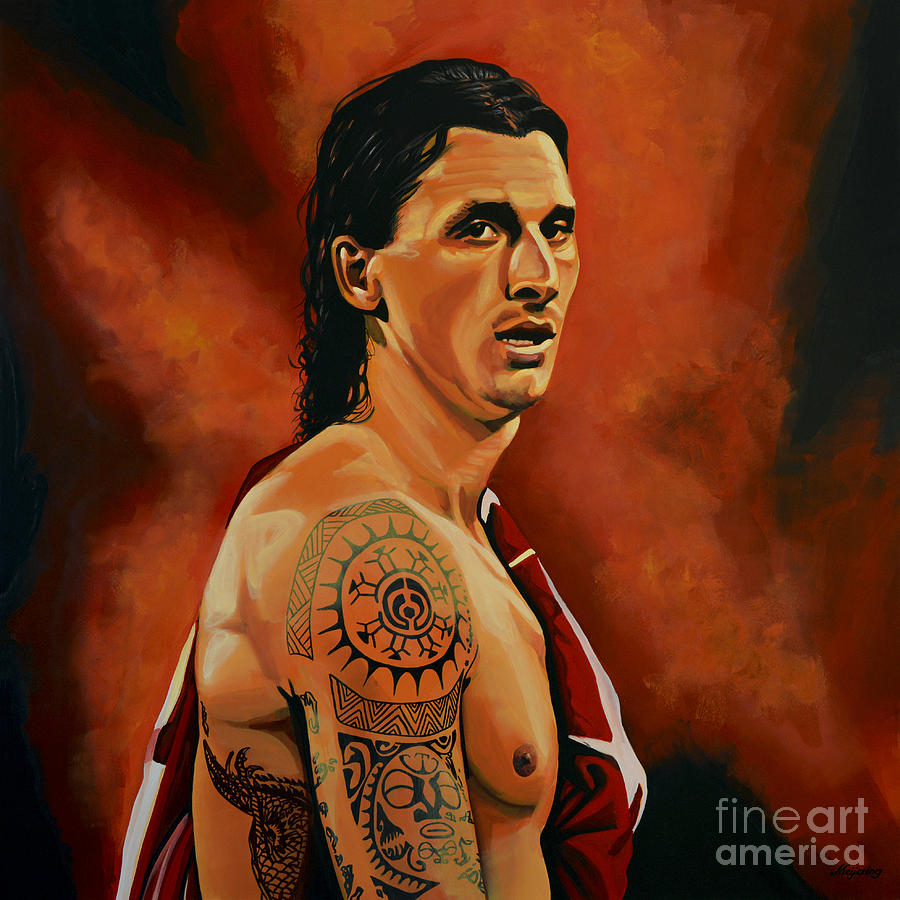 Zlatan Ibrahimovic Painting is a painting by Paul Meijering which was uploaded on December 10th, 2014.

Zlatan Ibrahimovic (born 3 October 1981) is a Swedish professional footballer who plays as a striker for French club Paris Saint-Germain and the Sweden national team for which he is captain.
Ibrahimovic started his career at Malm￿ in the late 1990s before being signed by Ajax, where made a name for himself. He signed for Juventus and excelled in Serie A in a strike partnership with David Trezeguet. In 2006, he signed for rivals Internazionale and was named in the 2007 and 2009 UEFA Team of the Year, in addition to finishing as the league's highest scorer in 2008-09 while winning three straight Scudetti. In the summer of 2009, he transferred to Barcelona before moving back to Serie A football with A.C. Milan the following season, in a deal which made him one of the highest paid players in the world. After winning a further Scudetto with Milan in 2010￿11, he signed with Paris Saint-Germain in July 2012. With PSG, Ibrahimovi￿as won three Ligue 1 championships, two Coupes de la Ligue, one Coupe de France, and in October 2015 he became the club's all time leading goalscorer.

Thank you so very much, Jaqueline, for the compliment and feature in your wonderful group!;-)...