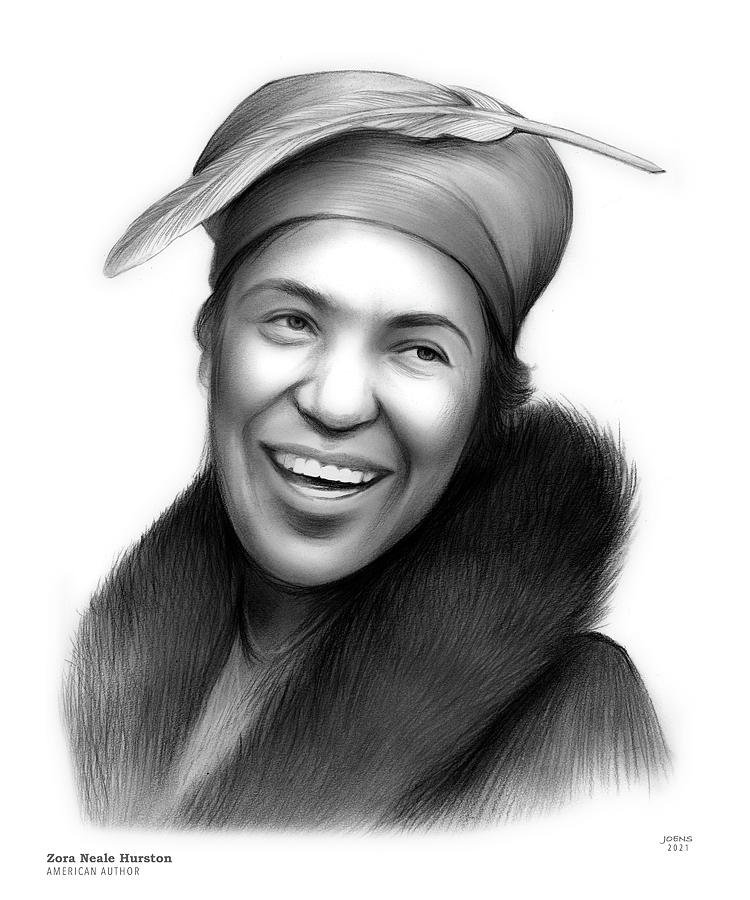 Zora Neale Hurston is a drawing by Greg Joens which was uploaded on January 8th, 2021.

Zora Neale Hurston
(January 7, 1891 – January 28, 1960) was an American author, anthropologist, and filmmaker. She portrayed racial struggles in the early-1900s American South and published research on hoodoo. The most popular of her four novels is Their Eyes Were Watching God, published in 1937. She also wrote more than 50 short stories, plays, and essays.
Hurston was born in Notasulga, Alabama, and moved with her family to Eatonville, Florida, in 1894. She later used Eatonville as the setting for many of her stories. It is now the site of the "Zora! Festival", held each year in her honor.
In her early career, Hurston conducted anthropological and ethnographic research while a student at Barnard College and Columbia University. She had an interest in African-American and Caribbean folklore, and how these contributed to the community's identity.